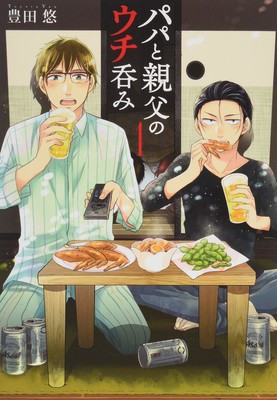 Shinchosha‘s Kurage Bunch website published the final chapter of Yū Toyota‘s Papa to Oyaji no Uchi Nomi spinoff manga on July 6. The third and final volume will ship on October 9.

The manga is a spinoff of Toyota’s Papa to Oyaji no Uchi Gohan (Papa and Dad’s Home Cooking) manga, and focuses on protagonists Sengoku and Harumi drinking and eating snacks.h7wjkweu4e76

The original Papa to Oyaji no Uchi Gohan manga’s story centers on chiropractor Sengoku, who is suddenly entrusted by his ex-girlfriend with their child. He asks help from his friend Harumi, a manga editor who is also a single father of a son. The story follows their daily struggles as they begin living together with their children.