Toei Animation revealed a new subtitled trailer and a commercial for the third season of the World Trigger anime at New York Comic Con on Friday.

The panel at New York Comic Con also revealed that the English dub of the anime’s second season is in production and Toei Animation expects the dub will be finished by the end of the year. Ian Sinclair is joining the English dub cast as Gatlin. 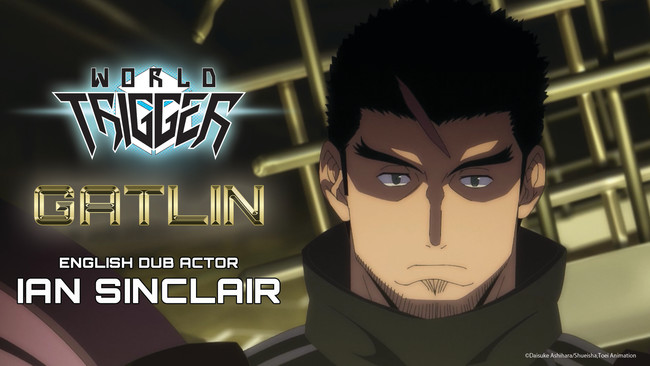 The third season will premiere on October 9 on TV Asahi‘s NUMAnimation programming block and will air on Saturdays at 1:30 a.m. The rock band Kami wa Saikoro o Furanai returns to perform the opening theme song “Time Factor,” while the duo Fantastic Youth performs the ending theme song “Ungai Dōkei” (Yearning to Be Above the Clouds).

New cast members for the third season include Ryota Takeuchi as Mikhail Kronin and Mamiko Noto as Yuri Rindō.

Crunchyroll will stream the new season starting this weekend.

The manga is inspiring a stage play that will run at Shinagawa Prince Hotel Stellar Ball in Tokyo from November 19-28, and at Sankei Hall Breeze in Osaka from December 2-5.