Netflix unveiled a new visual, cast, more staff, and the new 2022 debut date for Wit Studio‘s original anime Vampire in the Garden during its Netflix Festival Japan 2021 livestream event on Tuesday. Megumi Han stars in the anime as Momo, while Yu Kobayashi stars as Fine. 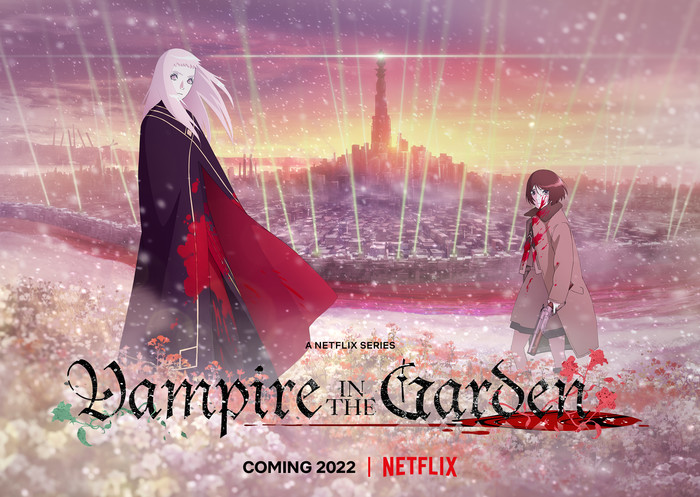 The new staff members include Satoshi Takabatake and Kazushi Fujii for art setting. The anime is now slated to debut on Netflix in 2022 (it was previously slated to debut this year).

The anime tells the story of “two girls Momo and Fine from different backgrounds who meet by chance. A story about an unlikely friendship between human and vampire race that intertwines with the power of music.” Netflix describes the story further:

Once upon a time, there was a world where vampires and humans lived together in “Paradise.” This is the story of a young girl, Momo, and the vampire queen, Fine, who traveled in search of “Paradise.”