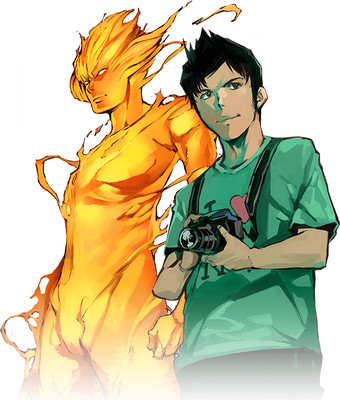 The official website for the 3D CG anime of Eiichi Shimizu and Tomohiro Shimoguchi‘s Ultraman manga announced on Tuesday that Tomoaki Maeno has joined the cast of the anime’s second season as Kōtarō Higashi/Ultraman Taro (seen right), replacing Tatsuhisa Suzuki in the role.

The Chinese smartphone game Alchemy Stars announced on Thursday that it replaced Suzuki with Shintarō Asanuma as the Japanese voice of the character Regal.

The Ultraman anime staff had announced Suzuki in the role in summer last year, but Suzuki recently took a hiatus from “all entertainment industry activities” in August, and offered to step down from the role. Suzuki performed the opening theme songs for the first season as a member of the musical unit OLDCODEX. OLDCODEX and Suzuki’s agency made the announcement shortly after singer LiSA, Suzuki’s wife, also announced a hiatus “from some of her activities” due to mental and physical fatigue.

Suzuki and LiSA announced their marriage in January 2020. The Weekly Bunshun magazine reported on July 30 on an alleged extramarital affair between Suzuki and a female work associate.

The anime will premiere in spring 2022 on Netflix worldwide.

Several years have passed since the events of Ultraman, with the legendary “Giant of Light” (光の巨人 Hikari no Kyojin) now a memory, as it is believed he returned home after fighting the many giant aliens that invaded the Earth. Shin Hayata’s son Shinjiro seems to possess a strange ability, and it is this ability, along with his father’s revelation that he was Ultraman, that leads Shinjiro to battle the new aliens invading the Earth as the new Ultraman.

Kamiyama and Aramaki and Production I.G and Sola Digital Arts are returning from the first season for the second one.