Paramount Pictures has delayed Transformers: Rise of the Beasts, the next film in its live-action Transformers franchise, to June 9, 2023.

The movie was originally scheduled to open on June 24, 2022.

The film will get a release in Japan in 2022 under the title Transformers: Beast Kakusei.

The new film will center on key concepts from the earlier Beast Wars: Transformers show, including the appearance of the Maximal and Predacon factions, as well as characters such as Optimus Primal, Airazor, and Rhinox. It will also feature elements from other projects such as Terrorcons and Scourge alongside classic characters like Optimus Prime and Bumblebee.

Steven Caple Jr. is directing the film, which will star Anthony Ramos and Dominique Fishback. 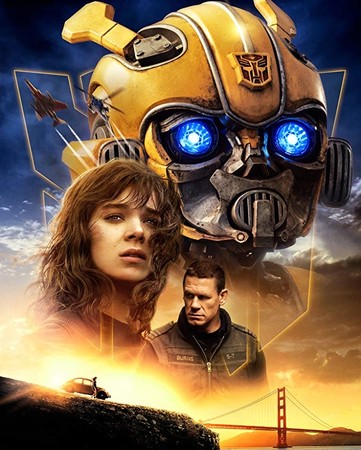 Paramount Pictures revealed in 2020 that it was developing two scripts for the live-action Transformers films.

One of the projects was reportedly based on Beast Wars and features writer James Vanderbilt (Murder Mystery, Independence Day: Resurgence). Entertainment news website Deadline reported in May 2020 that it was “not definite yet which [project] will make it to production,” although it now appears this is the production for Transformers: Rise of the Beasts.

The other project is inspired by Bumblebee (pictured at left), the sixth and most recent film in Paramount Pictures‘ Transformers series. Joby Harold (John Wick Chapter 3 executive producer, Army of the Dead scriptwriter) is reportedly working on the project. Bumblebee opened in the United States and Canada in December 2018.

The Eternals Connection of Strange Tales Annual #1, Up for Auction