A live-streamed special for CloverWorks‘ new original television anime series Tokyo Twenty Fourth Ward (Tokyo 24-ku) unveiled the first full promotional video and the first key visual for the anime on Wednesday. The video announces and previews the opening song “Paper Sky” by the rock band Survive Said the Prophet. It also announces more cast and staff members as well as the January 5 premiere for the anime. 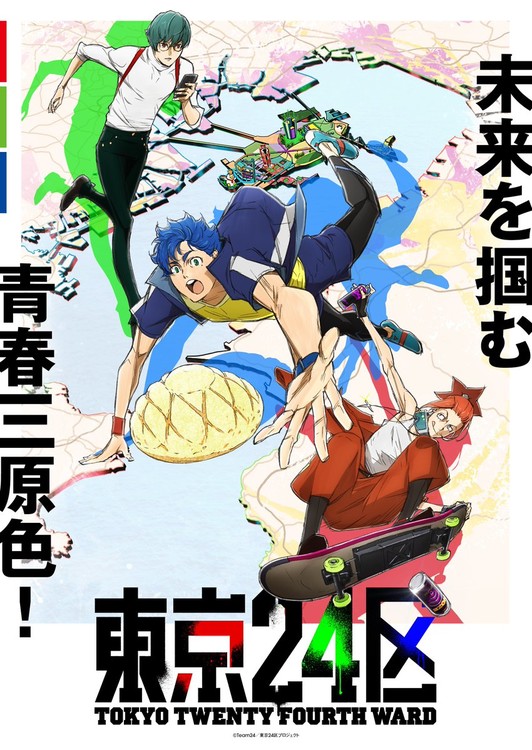 The newly announced staff members are:

The anime will premiere with a one-hour special on the Tokyo MX, Tochigi TV, Gunma TV, and BS11 channels on January 5 at 24:00 (effectively, January 6 at midnight) before moving to its regular timeslot at 24:30 (12:30 a.m.) It will run on the ABC TV and Mētele. 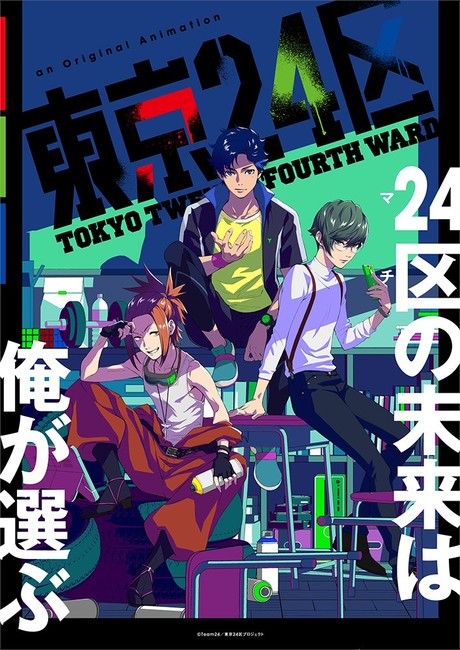 The anime takes place on an artificial island floating in Tokyo Bay, named “Kyokutō Hōreigai Tokubetsu Chiku” (Far East Special District Outside of the Law), nicknamed “24th Ward.” The manga centers on three childhood friends born and raised on the island: Ran, Koki, and Shuta. The three have different social standings, hobbies, and personalities, but they are always hanging out together. But their relationships will change dramatically after a certain incident.

At a memorial ceremony one year after the incident, the three happen to meet again, and all of their phones start to ring at once. The phone call is from a friend they thought was dead, urging them to “choose the future.” Each young man will believe in their own way of doing things to protect the future of the people of the 24th Ward.