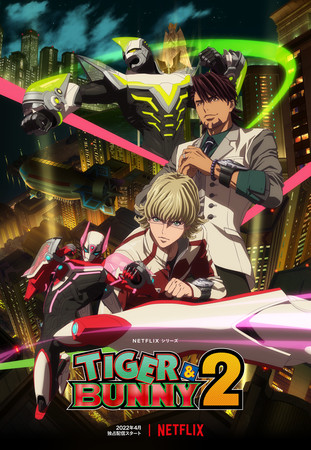 The official website for the Tiger & Bunny 2 sequel anime revealed on Tuesday that the anime will have 25 total episodes, with the first 13 episodes (Part 1 of the anime) debuting all at once on Netflix in April 2022.

The new anime will tell a new story set after the events of the Tiger & Bunny The Movie -The Rising- anime film. The anime will feature a returning cast.

The 2011 anime series spawned two anime movies: Tiger & Bunny the Movie: The Beginning in 2012 and Tiger & Bunny The Movie -The Rising- in 2014. Viz released the television series, the films, and the tie-in manga in North America.