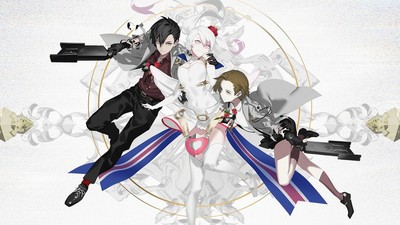 The official website for FuRyu’s The Caligula Effect 2 sequel game announced on Monday that FuRyu has canceled the stage play adaptation of The Caligula Effect: Overdose, the first game in the series, due to the difficulty of guaranteeing the safety of audience and staff in light of the ongoing new coronavirus disease (COVID-19) pandemic.

FuRyu announced the stage play adaptation in June 2020, with a planned run this year.h7wjkweu4e76

FuRyu’s The Caligula Effect PlayStation Vita game shipped in Japan in June 2016. Atlus USA launched the game in North America and Europe in May 2017, and the release was digital-only in the West. The Caligula Effect: Overdose remake launched for PlayStation 4, Nintendo Switch, and PC via Steam in North America in March 2019. The game shipped in Japan for PS4 in May 2018.

The Caligula television anime adaptation premiered in Japan in April 2018, and Crunchyroll streamed the 12-episode series as it aired in Japan. Discotek Media licensed the anime and released it on Blu-ray Disc in August 2020.

The Caligula Effect 2 sequel game shipped for PS4 and Switch in Japan on June 24. NIS America will ship the game on October 19 in North America and on October 22 in Europe.