Artist Sо̄ Natsuki announced on Twitter on Monday that they will launch the second part of the manga adaptation of Shinji Cobkubo‘s (Kobukubo) Sabikui Bisco (Rust-Eating Bisco) light novel series on Square Enix‘s Manga Up! website on December 15. Square Enix will publish a new chapter every day between December 15-22, and will then publish new chapters every Wednesday afterward. The new manga will have the title Sabikui Bisco 2. 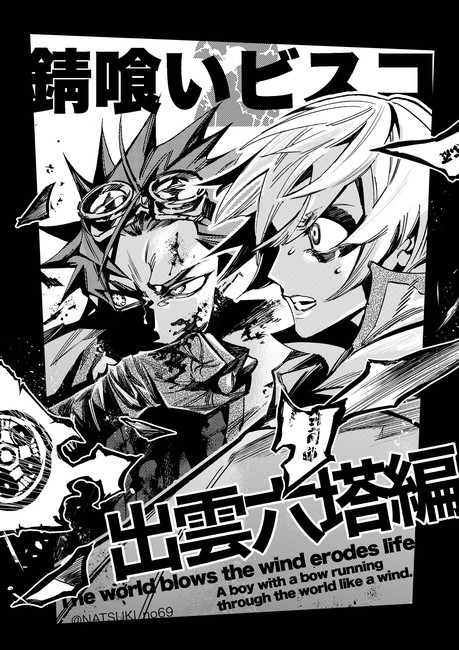 Natsuki had announced in March that they would be the new artist of the manga adaptation starting with the manga’s second part. 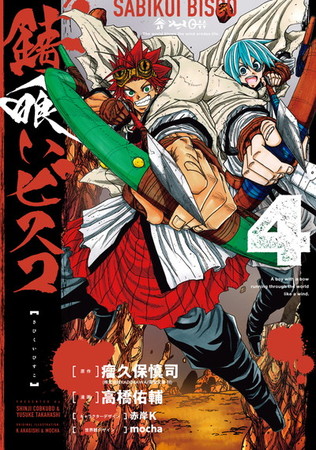 Yūsuke Takahashi launched the manga adaptation on Manga Up! in 2019. The manga’s fourth compiled book volume corresponds to the end of the first part of the light novels. Both the third and fourth volumes released on March 10.

Kadokawa‘s Dengeki Bunko imprint launched the Sabikui Bisco novel series with illustrations by K Akagishi and world-building art by mocha in 2018, and published the seventh volume on March 10. The light novel series was the first to top both the overall ranking and the new work ranking in the same year of the Kono Light Novel ga Sugoi book.

The light novels are inspiring a television anime.

The story is set in Japan after a “Rusting Wind” has corroded everything. People live in fear of the rust that corrodes cities and life in general. A boy named Bisco Akaboshi from the despised Mushroom Guardian tribe embarks on a journey to obtain the “Rust-Eating” mushroom — a miracle drug that purifies all rust — to save his dying teacher.

During his journey, Bisco encounters Miro Nekoyanagi, a good-looking young doctor at Imihama, and together they search for a countermeasure against the rust consuming Miro’s beloved big sister.