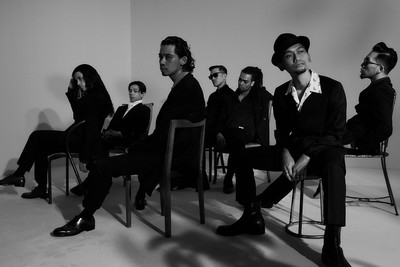 Seven-member band Alien Liberty International (ALI) announced on their website that they are returning from their hiatus on Thursday.

The band had taken an indefinite hiatus in May following the arrest and indictment of the band’s drummer Kahadio (real name Kadio Shirai). At the same time, the band’s management has cancelled its contract with Kahadio. As such, he is no longer a member of the band.

In recent years, Japanese police have been investigating a rash of “refund scams.” In these scams, suspects pose as officials and promise government refunds to unsuspecting victims if they withdraw cash from ATMs, or provide their ATM cards to the suspects.

Tokyo Metropolitan Police Department arrested Kahadio again later in April on a separate charge of fraud. According to the police, Kahadio and his friends called an elderly woman in Osaka on March 3, offering her a refund of her medical expenses in exchange for her transferring 2.31 million yen (about US$21,000) to a bank account. The police added that Kahadio was witnessed withdrawing about 420,000 yen (about US$4,000) at a convenience store ATM the next day.

The funk/hip-hop group ALI previously performed the theme songs for the BEASTARS, Jujutsu Kaisen, and Noblesse anime. The band made its major debut in 2019 with the single “Wild Side,” the opening theme song for the first season of BEASTARS.