Philippine television network GMA-7 began streaming a new video on Friday for Voltes V Legacy, its live-action remake of the classic Voltes V mecha anime. The video features footage from the show, as well as behind-the-scenes footage and interviews with cast and staff.

GMA also streamed a video on Thursday that revealed the contents of a letter from Toei producer Shin-ichiro Shirakura to GMA-7, which stated Toei staff were “so excited to see the latest promo-reel of the show,” adding the staff “could feel your respect to the original series.” 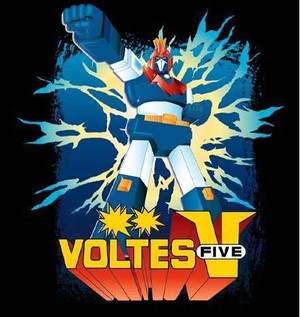 The original anime series follows five young pilots, each in command of a machine that can combine together to form the titular fighting mecha Voltes V. Using the robot, the pilots slowly beat back the alien invasion of Earth by the Boazanians, who are led by the mighty Prince Heinell.

Voltes V (Chō Denji Machine Voltes V) first aired in the Philippines on GMA-7 with an English dub in 1978. With only five episodes left in the Voltes V airing, then-Philippine President Ferdinand Marcos banned Voltes V and other anime airing on television due to “excessive violence.” In 1986, after Marcos was ousted, PTV-4 began airing both series again. Voltes V also aired on ABS-CBN in 1986, and on IBC-13 in 1989 (which dubbed the first 11 episodes in Tagalog). GMA-7 aired Voltes V again in 1999 with a Tagalog dub. HERO TV also aired a Tagalog re-dub of Voltes V in 2005. GMA-7 most recently aired a redubbed version in 2017. Telesuccess Productions holds the Philippine license to Voltes V.