In May, Mad Cave Studios will publish a Nottingham Special to give away, but in March they have more Nottingham, as well as The Last Session, Bountiful Garden, Speed Republic, and Wolvenheart in their March 2022 solicits and solicitations. 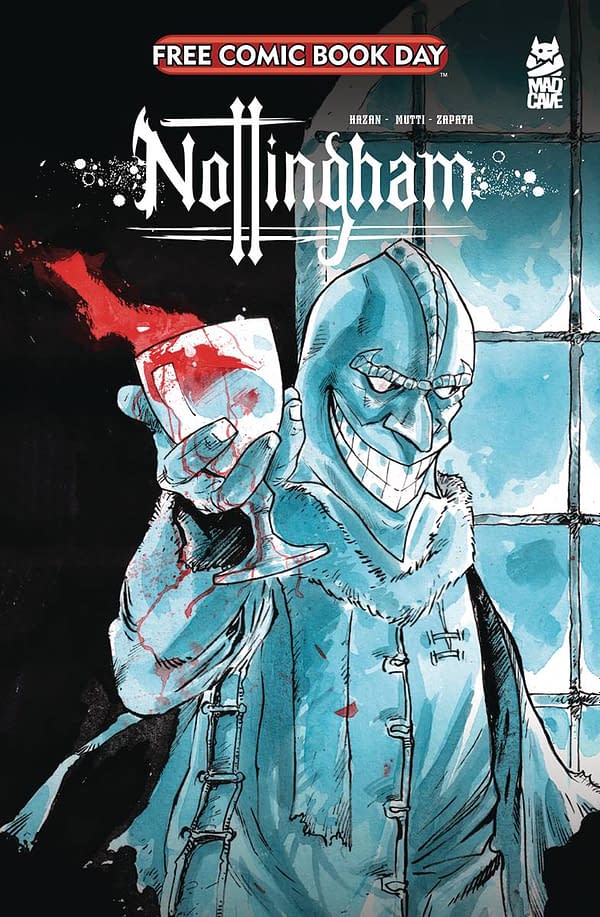 FCBD 2022 NOTTINGHAM SPECIAL (MR)
MAD CAVE STUDIOS
JAN220027
(W) David Hazan (A / CA) Andrea Mutti
A very Merry Christmas. All eyes are on Everard Blackthorne, the Sheriff of Nottingham, when his predecessor is murdered in cold blood. It’s business as usual for Ev, with Hood and the Merry Men pulling the strings and a terrible choice to make as the lives of Alan Dale’s wife and son hang in the balance. This special issue of Nottingham takes place in between volumes 1 and 2 of the smash hit series.
Exclusive Original Material
Rating: Mature
In Shops: Apr 13, 2022
SRP: 0 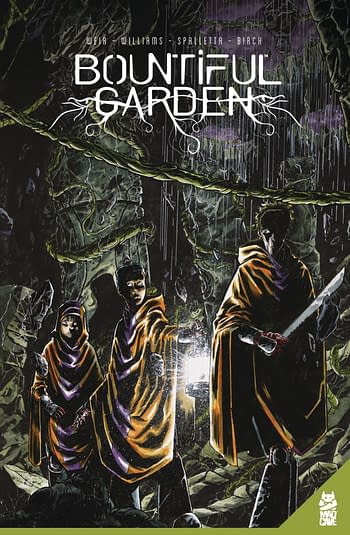 In the year 2200, a team of teenage scientists are sent on a terraforming mission to a distant planet. Selected as the best and brightest of their generation, architect Jonas, botanist Marnie, biologist Jane, engineers Anya and Kamari, and security detail Kurt are all put into cryostasis expected to wake up when it is time to prepare to land on their assigned planet.
When they are awakened abruptly, ten years early, halted above a strange planet, the teens are tasked with trying to figure out why they’re stalled – or what stalled them. As they break into two teams, one tasked with fixing the ship, the other with exploring the unknown planet below, they’re faced with an increasingly nightmarish scenario as they encounter a cosmic horror that seems to not only have attacked their ship, but also their minds.
Collects issues #1 – 5.
In Shops: Mar 30, 2022
SRP: 17.99

Lana, Drew, Walter, and Shen have done the unthinkable and backed themselves into a corner against DM Jay’s plans in their last Dice & Deathtraps game. After everything they’ve been through, it seems a tragic end is closing in…unless they finally begin taking Cassandra’s theories seriously, which may be the only thing that can save them all!
In Shops: Mar 30, 2022
SRP: 3.99 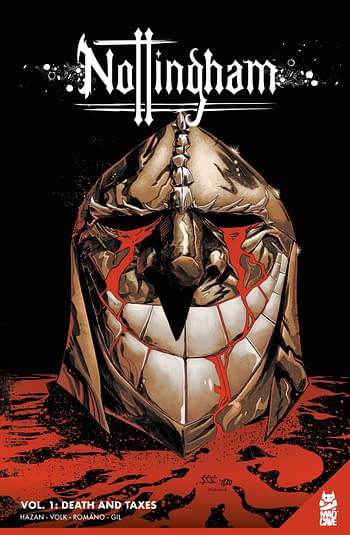 NOTTINGHAM TP VOL 01 DEATH AND TAXES NEW PTG (O/A) (MR)
MAD CAVE STUDIOS
JAN221533
(W) David Hazan (A / CA) Shane Connery Volk, Luca Romano
In this twisted medieval noir, the Sheriff of Nottingham hunts a serial killer with a penchant for tax collectors. The Sheriff’s investigation makes him the target of England’s most nefarious power-brokers. That’s to say nothing of the Merry Men, terrorists lurking amongst the trees of Sherwood, led by an enigma known only as “Hood.” Collects issues #1-5.
In Shops: Mar 09, 2022
SRP: 14.99

Seb’s run in with his estranged sister, Shane, was a wake up call that family means nothing in the Grand Race. Now, he must tackle the drag races, booby traps, and sore losers in Zurich to move on to the next city. But when an old friend pops up to give him an opportunity to rebel against the Autocrat, will Seb be able to pull the trigger?
In Shops: Mar 23, 2022
SRP: 3.99

Wolvenheart make there way to the Vatican in order to steal the portrait of Dorian Gray. Once they arrive, the are greeted by an ungodly sight. The future may be uncertain, but the past is always clear.
In Shops: Mar 16, 2022
SRP: 3.99