Netflix revealed during its Netflix Festival Japan 2021 livestream event on Tuesday that it will debut Thermae Romae Novae, the new anime based on Mari Yamazaki‘s Thermae Romae manga, worldwide in 2022 (the anime was previously slated to debut this year). The event also revealed that Kenjiro Tsuda will voice protagonist Lucius in the anime. 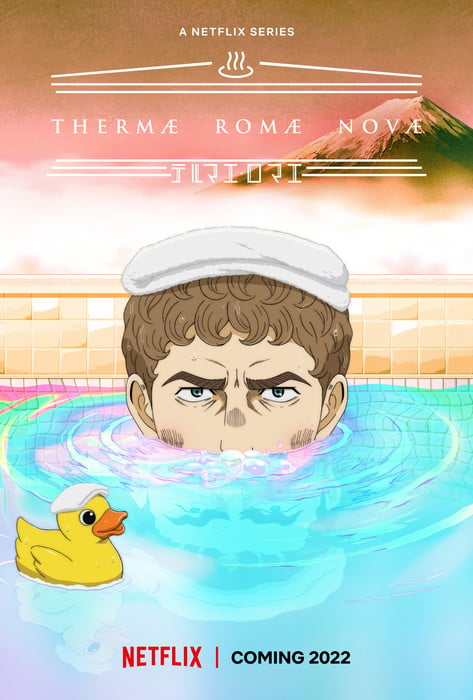 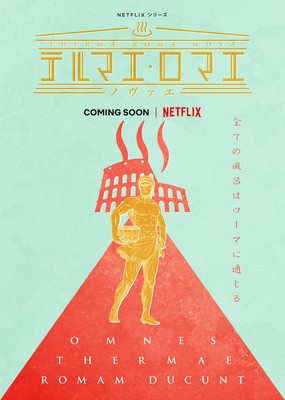 Tetsuya Tatamitani (Africa Salaryman) is directing the anime, and Yūichirō Momose (Africa Salaryman, So I’m a Spider, So What?) is writing the scripts. NAZ is producing the animation with the original manga as a base, while also featuring new stories written by Yamazaki.

Netflix describes the story of the manga and anime:

Lucius, a bath designer in the Roman Empire, accidentally slips back in time to present day Japan and learns about Japanese bath culture in this comedy.

Netflix announced a partnership with Yamazaki along with five other Japanese creators in February 2020 to develop and produce original Japanese anime projects.

Yamazaki ended her Thermae Romae manga in March 2013. The manga previously inspired a three-episode anime in 2012 and two live-action films starring Hiroshi Abe and Aya Ueto. Yen Press publishes the manga in North America, while Discotek licensed the anime in North America. Crunchyroll is streaming the anime with English subtitles and an English dub.