Channel made livestream available in India on Sunday 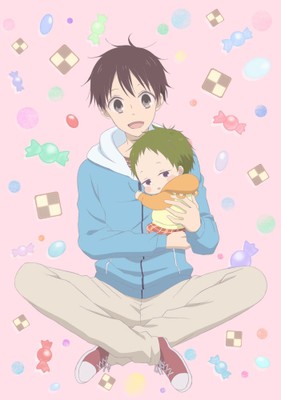 Muse Asia began livestreaming a marathon of the television anime adaptation of Hari Tokeino‘s Gakuen Babysitters (School Babysitters) manga on YouTube on Friday. The channel made the livestream available in India on Sunday.

The anime premiered in January 2018 and had 13 episodes. Shūsei Morishita directed the anime at animation studio Brains Base. Yuuko Kakihara (Chihayafuru 2, Orange) handled series composition, Satoshi Motoyama (Aho Girl, Skip Beat!) served as sound director, and Mina Ōsawa (sub-character designer/chief animation director on Kiss Him, Not Me) designed the characters. Ruka Kawada (Is the order a rabbit?, Kiss Him, Not Me) composed the show’s music.

The manga centers on the brothers Ryūichi and Kotarō Kashima. Ryūichi is in high school and Kotarō is still a toddler. After their parents are killed in a plane crash, the two brothers find themselves living with the chairwoman of the Morinomiya Academy, who herself lost her son and daughter-in-law in the same accident. The chairwoman, however, has one stipulation for the brothers in order to live with her: Ryūichi has to work at the academy’s daycare center as a babysitter.

Tokeino launched the manga in Hakusensha‘s LaLa magazine in 2009. The 22nd volume shipped on October 5.