Event Leviathan: Checkmate was a planned sequel to Event Leviathan by the same creative team, Brian Bendis and Alex Maleev for 2020. Then a certain pandemic hit. In June 2020, retailers were informed that the sequel series has been indefinitely postponed and that it will be “will be rescheduled to align with upcoming DC Universe storylines.” Another spin-off of Event Leviathan, the Manhunters: Secret History series by Marc Andreyko and Renato Guedes also bit the dust with no sign of solicitation. Well, one year later, Event Leviathan: Checkmate returned, though just called Checkmate now. Brian Bendis posted the following information, for its return in DC’s June 2021 solicitations. asking “Who Is Mister King?” 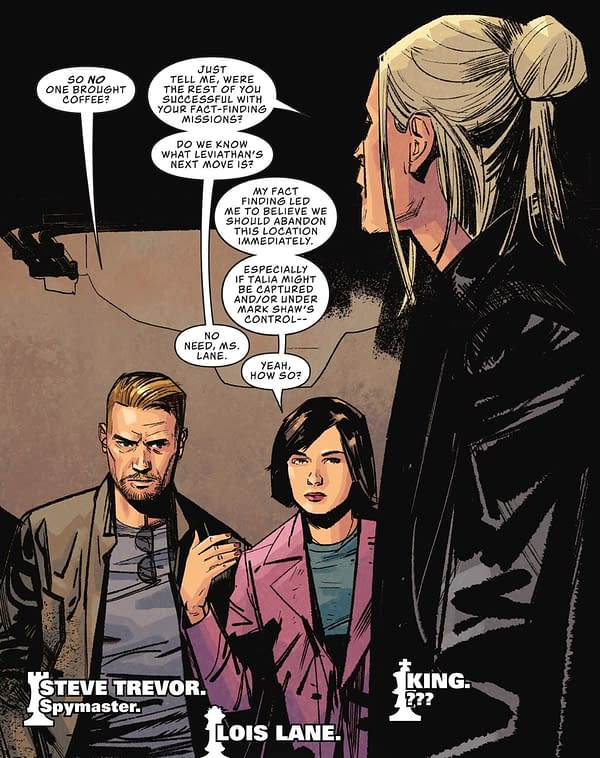 In Checkmate #1, King was revealed as the mysterious leader of Checkmate, known as King, Mister King or The King. And fighting against Mark Shaw and Leviathan which was good enough for everyone. 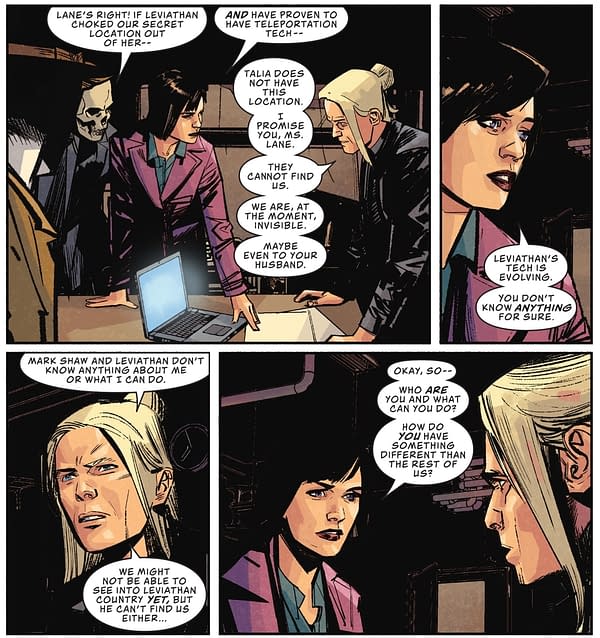 I mean, almost everyone. Lois Lane had doubts… 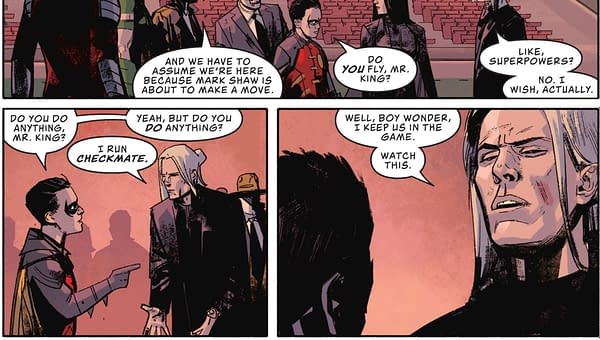 Damian Wayne too. And of course Mr King was up to something, with a secret to hide. 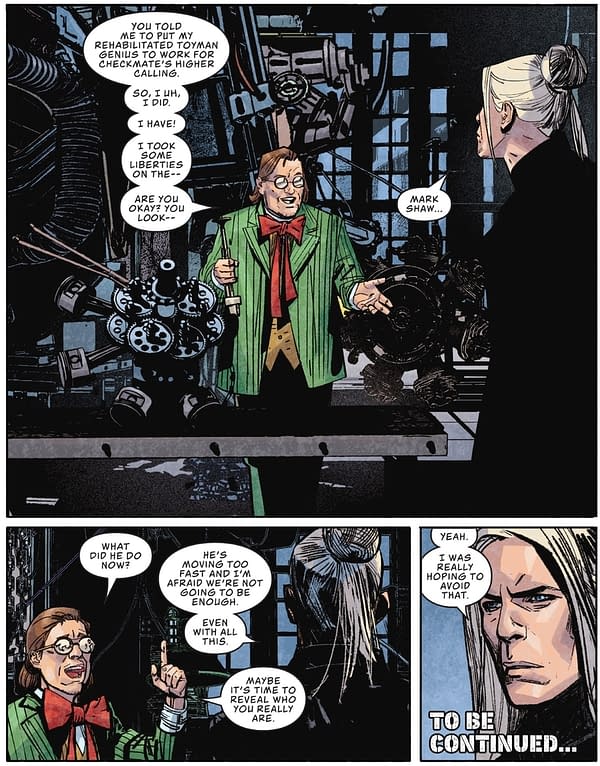 A couple of issues later, after confrontation with Shaw…

…and in the presence of Amanda Waller, head of Task Force X and Suicide Squad, it all comes out. Because someone else is the guy. And Waller spills the word on The King.

That would be Kamandi, The Last Boy On Earth from an apocalyptic future Earth, and who Brian Bendis just can’t leave well alone.

Even Brian Bendis! Kamandi was one of the only human survivors of the Great Disaster, travelling the world fighting its mutated forms, trying to save what innocence remained. Kamandi: The Last Boy on Earth was written and drawn by Jack Kirby and the series as a whole ran from 1972 to 1978. And Bendis has brought him up a few times of late.

Such as in Legion: Millennium #1, with Rose and Thorn living a thousand years to get to the Legion, including the fight over Superman’s costume originally from the Kirby run.

Recently, Kamandi has also been seen as one of a number of potential futures. In the Justice/Doom War in Justice League #30-36, Kamandi helped rally an army of heroes from across the multiverse to fight Lex Luthor and the League of Doom – this wasn’t from Bendis though, but it led into his Justice League run.

And it was Bendis’ Legion of Superheroes #11, that a class of the 31st century learning about Kamandi, that he carried out three acts that helped save the multiverse from some mysterious monsters. Was one of them the Doom/Justice War? Could another be the events of Checkmate to come?

Because now Kamandi is in the present day… will anyone but Bendis take this on?

CHECKMATE #6 (OF 6) CVR A ALEX MALEEV
(W) Brian Michael Bendis (A/CA) Alex Maleev
The shocking finale to the DC spy event of the year. Everything is revealed…and only one will survive the showdown between Checkmate and Leviathan. Also, who is the Daemon Rose, and why does he have a gun pointed at Superman’s face? Plus: Mr. King’s identity revealed, as well as the reason he has sacrificed everything to bring Checkmate back!
Retail: $3.99 In-Store Date: 11/23/2021

Hoopa Unbound Arrives In Pokémon GO This Week By Form-Changing

The Gathering Unhinged Booster Box For Auction At Heritage