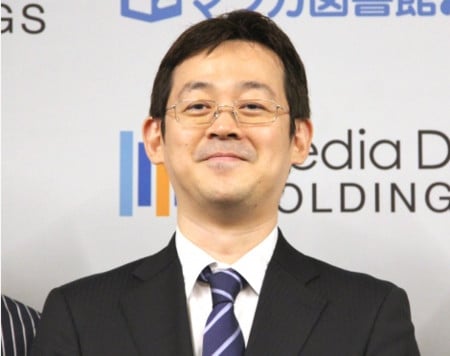 Manga creator Ken Akamatsu (Love Hina, Negima!, UQ Holder!) announced on Twitter on Thursday that he is aiming to run for the House of Councillors, the upper house of Japan’s House of Representatives, as part of the Liberal Democratic Party next summer. His goal in running for Japan’s legislature is to protect freedom of expression. Election chairman Toshiaki Endo confirmed Akamatsu’s intention to run on December 9. The party is currently in the selection process.

Kyodo News reported that according to its sources, the announcement of Akamatsu’s official approval is expected for next week.

Abema Times interviewed Akamatsu in June 2020 for comment on his thoughts on the announcement that the long-running American cartoon The Simpsons would stop using white voice actors to play POC (People of Color) characters, following an effort to address historical discrimination against non-white voice actors in the wake of Black Lives Matter protests in the United States and abroad.

“It may look like an excessive reaction when looking at things from Japan, but foreign countries have their own particular issues, so I will refrain from simplistic criticism and instead observe the situation for a while,” he said. “However, I will say that the move to select actors on their race rather than their individual talents appears to go against the path that humanity has walked throughout history.”

When asked how he would feel as a creator about casting decisions regarding foreign-language dubs of his works, he responded that, based on his prior experiences, “In Japan, a voice actor of an animated work wouldn’t change because of race, but for a foreign-language dub, I leave those matters to the discretion of the dubbing company.”

Regarding any concerns he has about freedom of expression, he said, “I am very curious about the current movement overseas to erase or remove past works. Osamu Tezuka‘s manga had quite a few discriminatory expressions, but it’s standard in Japan to leave an explanatory note about that while preserving the work as it was in the past. As works that feature discriminatory expressions undergo more and more regulation, it may become impossible to see those old works. However, when it comes to the works that will be created in the present and future, I see absolutely no problem in creators such as myself individually applying our own discretion and consideration while having our freedom of expression protected. I hope that both sides can maintain a good balance.”

Finally, he commented as follows on the claim that anime characters are modeled on white people: “[Japanese] creators such as myself are not thinking of our characters as white people when we draw them. Take the Sailor Moon protagonist Usagi Tskuno, for instance. She may have blonde hair but that’s simply a manga-like expression. In her previous life, she was a person from the moon world, after all. It may be possible that fantasy worlds such as this may become the subject of criticism. Dark elves and other fantasy races may also come under fire. I foresee various issues coming into debate in the future.” 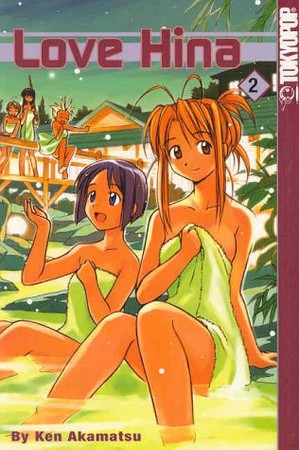 Akamatsu launched his J-Comi digital manga library service in 2008, and launched a beta test of the site in 2010. Akamatsu initially posted all 14 volumes of his Love Hina manga for free with six pages of advertising and no digital rights management (DRM) for one month to test the viability of the business model. Japanese publishers Shueisha and Kodansha began collaborating with the site in 2010. The site gained notoriety in 2011 when it posted Seiji Matsuyama‘s Oku-sama wa Shōgakusei (My Wife Is an Elementary Student) manga, which Naoki Inose, Tokyo Vice Governor at the time, cited as an example of which manga should be restricted under Tokyo’s then-recently revised Youth Healthy Development Ordinance. Though the site was only available in Japanese, it launched an English and foreign-language version beta test for select titles in 2011.

Akamatsu and Yahoo! Japan subsidiary GyaO! jointly founded a subsidiary company called J Comic Terrace in 2015. Akamtsu stated, “I started J-Comi with the goal of eliminating piracy, but because I’m serializing a weekly series, there are parts of it I’ve been unable to manage. GYAO came to me proposing an injection of capital and to help me manage the project.”