Lamb is a tough movie to sum up, except to say that you will never forget watching it. The debut feature from director Valdimar Johannsson is the type of film that A24 excels at finding and amplifying. This is being marketed as a horror film, but it really isn’t one. But at the same time, you feel nothing but dread while watching it. By the time the credits begin to roll at the end, you aren’t sure what just happened, but for days afterward, your mind drifts to certain moments again, and it sticks with you unlike anything else released this year.

Lamb is the story of a couple, Maria and Ingvar, played by Noomi Rapace and Hilmir Snaer Gudnason, running an isolated sheep farm in rural Iceland. The two rarely speak, and a sense of melancholy just hangs over them. One day during lambing season, a sheep gives birth to a different kind of lamb, and the two wordlessly swaddle it and bring it into their home. They name her Ada, and slowly it is revealed to us that Ada is a hybrid human and sheep baby. As we watch them raise Ada, the couple becomes lighter with each other, and the film takes on a lightness. That all changes when Ingvar’s brother Petur arrives, played by Bjorn Hlynur Haraldsson. It all builds to the climax you know was coming, but not the one you are prepared for.

This film is as slow-moving as any you will ever watch, which only adds to the sense of dread. There is a very clear message from the moment Ada is born until the end of the film: you should not seek happiness and fulfillment through delusion and willful ignorance. The climax of everything hits you like a truck and is heartbreaking, but you can’t help but feel like you should be shrugging your shoulders and say, “I told you so.” These two went through so much together, and so much of it is conveyed wordlessly to us by Rapace and Gudnason, who are both incredible. They just want to bring warmth and sunshine to their farm, but in this situation, you know from the start that it is doomed to end in sorrow. The middle 45 minutes gets to be a bit tiresome with the brother, and the film becomes something else, but it is only stalling the horror to come.

The biggest star of Lamb, though, is cinematographer Eli Arenson, whose use of color and light is so well done here as the story unfolds. As Ada grows, more light enters the environment, and we are teased with what could be before the bleakness returns, and the final act unfolds. Johannsson does a great job of taking us on a journey whose destination is fixed yet letting us experience the wild beauty of it all. Ada is a combination of puppetry, CGI, and animals, and actors, and while she looks a little odd at times on film, she never ceases to be adorable.

Lamb is going to be a film that will find its audience over time, much like how the story unfolds. It really is a folk tale for today. Nobody who watches it will forget it, and as word of mouth grows over the years, it shall not be forgotten. 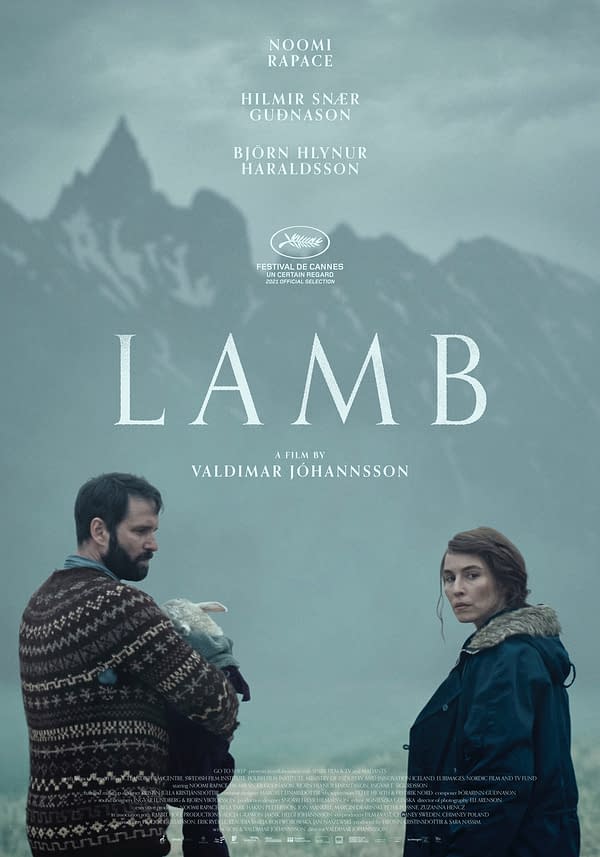 Lamb is the most unique film you will see this year by miles. Nobody who watches it will forget it, and as word of mouth grows over the years, it shall not be forgotten.

| When it comes to Dune, the thing that people have been worried about for months ...
By Rambo
October 23, 2021

| The forever in production Uncharted movie might actually make it to the big screen next ...
By Rambo
October 21, 2021

| During the Universal presentation at CinemaCon, we got to see the trailer for the ...
By Rambo
October 21, 2021

| Actor Riz Ahmed knew he was always destined for bigger and better things for ...
By Rambo
October 21, 2021