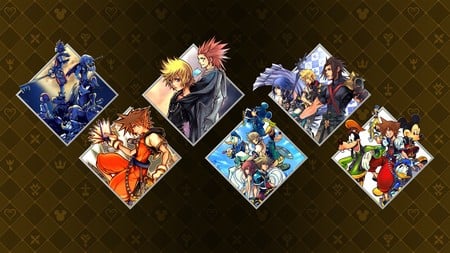 Square Enix announced on Tuesday that it will release the Kingdom Hearts HD 1.5 + 2.5 Remix, Kingdom Hearts HD 2.8 Final Chapter Prologue, and Kingdom Hearts III + Re Mind games on Switch as cloud streaming releases. All three titles will be available individually, or as part of the Masterpiece for Cloud release. Square Enix did not reveal a release date for the games.

Square Enix released the Kingdom Hearts III game in January 2019 in Japan and the West for the PS4 and Xbox One. The game had shipped more than 5 million copies worldwide, including digital sales, as of February 2019, and is the fastest-selling title in the history of the franchise. The Re Mind DLC launched in January 2020.

Kingdom Hearts: Melody of Memory, the first rhythm action game in the franchise, launched for the Nintendo Switch, PlayStation 4, and Xbox One in the West and in Japan in November 2020, and was previously the only title in the series available for the Switch.