TOHO is producing a live-action film adaptation of Kiminori Wakasugi‘s Kappei comedy manga that will open on March 18. TOHO unveiled a teaser trailer for the film on Wednesday.

Kappei is a martial artist living in a secluded and isolated small island, among many young men training vigorously with their Master to survive the July 1999 apocalypse predicted by Nostradamus — which never came. The Master finally gave up in 2011, disbanded the martial art camp, and sent members back to modern-day Japan. With no knowledge of the modern world, Kappei arrives in Tokyo and starts a new life: as a hero without antagonists.

The film moves the story’s time period to 2022. 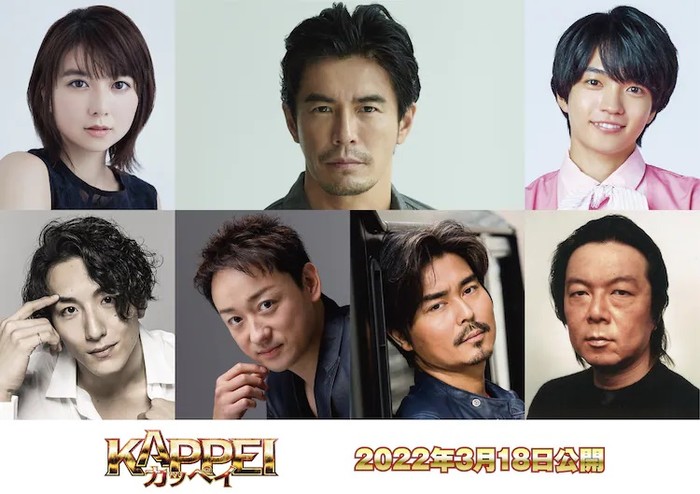 The cast includes:
(Top row, left to right in image above)

(Bottom row, left to right in image above)

Wakasugi launched the original manga in Hakusensha‘s Young Animal magazine in 2011 after ending his Detroit Metal City manga in the same magazine. The manga ended in 2014. Hakusensha published six compiled book volumes for the manga.

Wakasugi ended his Detroit Metal City manga in 2010, and Viz Media published the manga in North America. The manga inspired both a live-action movie and an original video anime.

Wakasugi launched his All Esper Dayo! manga in 2009, and ended it in 2015. The manga inspired a live-action television series, a special, a film, and a web series.

The Villains Take Over in the New Trailer for Spider-Man: No Way Home