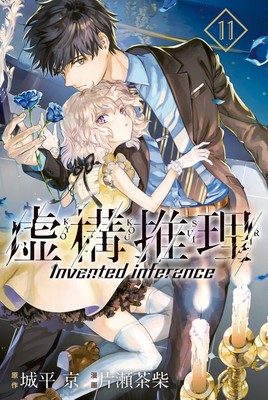 The November issue of Kodansha‘s Monthly Shonen Magazine revealed on Wednesday that the new chapter of Kyo Shirodaira and Chasiba Katase‘s In/Spectre (Kyokō Suiri or Invented Interface) manga did not appear in the issue due to Katase’s poor health. The chapter will instead appear in the magazine’s next issue on November 6.

In addition, the magazine noted that the manga’s 16th compiled book volume will now ship on December 16 instead of November 17.

Kodansha Comics is publishing the manga in English, and it describes the supernatural mystery romance:

When she was still just a girl, Kotoko was kidnapped by yokai. These spirits made her into a powerful intermediary between the spirit and human worlds, but this power came at a price: an eye and a leg. Now, years later, she watches out for dangerous yokai while developing feelings for a young man named Kuro, who is also special: an incident with a yokai has given him healing powers. He’s surprised when Kotoko asks him to team up to handle renegade yokai, preserving the thin line between reality and the supernatural.

Katase launched the manga based on a 2011 novel by Shirodaira (Spiral, The Record of a Fallen Vampire, Blast of Tempest) in Kodansha‘s Shōnen Magazine R in April 2015. The series also began serializing in Monthly Shonen Magazine in 2019.

The manga inspired a television anime that premiered in January 2020. The anime was a Crunchyroll co-production and part of the Crunchyroll Originals slate. Crunchyroll also streamed an English dub for the anime. The anime will get a second season.