The official website for the Hyperdimension Neptunia anime revealed on Friday that the franchise will have a new original video anime (OVA) titled Nep Nep Darake no Festival (A Festival Full of Nep Nep) that will be viewable only through a serial code on a PlayPic Card bundled with Good Smile Company‘s 1/7-scale “Dimensional Traveler Neptune Generator Unit ver.” figure, which will debut in October 2022. The site lists a third planned OVA, with Nep Nep Darake no Festival as the second, and the previous Chō Jigen Game Neptune The Animation: Nepu no Natsuyasumi OVA as the first. 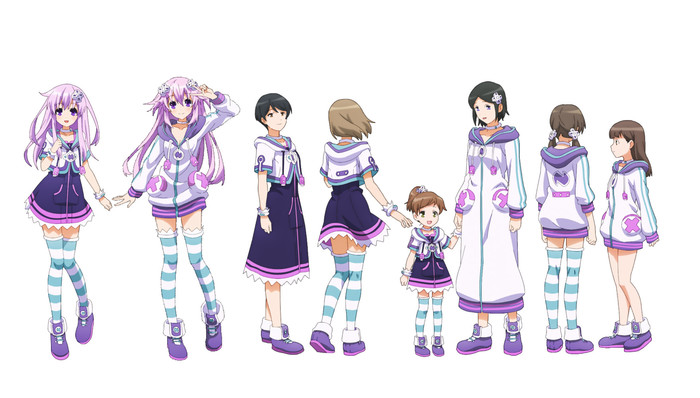 The OVA features a returning cast. Masahiro Mukai and Shogo Yasukawa both return as director and scriptwriter, respectively. Hitomi Takechi is once again the character designer. Okuru to Noboru is also returning for animation production. Urimo is credited for the generator unit design.

A Limited Edition version of the new figure, which includes the Nep Nep Darake no Festival OVA on a Blu-ray Disc, as well as the new Dimension Tripper Neptune: Top Nep game, will also be available on October 26, 2022.

Funimation streamed the 2013 television series as it aired, and released the series on Blu-ray Disc and DVD in 2015 and 2017 with an English dub.