Halloween Kills is not a film that is going to sneak up on anybody. If the original 1978 film and subsequent sequels up until the 2018 film were more voyeuristic and atmospheric, David Gordon Green‘s trilogy is about animalistic rage and brutality, both in dealing with trauma and violent acts. Michael Myers is the embodiment of evil, rage given a blank face, and Haddonfield is his playground. When we left the Strode women on the back of that truck in the last film, it didn’t feel like an ending, it felt like someone was just turning a faucet up to a higher setting.

When we open here, we see that only Michael gets to finish people’s stories. Officer Hawkins (Will Patton) survived the attack he suffered at the hands of Michael’s doctor, and we flash all the way back to Halloween night, 1978. A young Hawkins and his partner track Michael down to the Myers house, and fitting right into the theme of regret and trauma, an incident occurs that haunts the man to this day. The events from 1978 loom large over Halloween Kills, as the survivors of that attack meet in bars on Halloween night to honor the victims and themselves for getting through it, swearing they are ready for when he comes back to finish the job. None more than Tommy Doyle (Anthony Michael Hall) convinced, like Laurie Strode (Jamie Lee Curtis) that he is destined to kill Michael Myers. Neither of them understands that they are nothing but meat to him, not drawn to anything but his next victim.

And boy, are there a lot of victims. Halloween Kills is far and away the most violent and bloody in the series, as Michael takes out his prey without mercy of any kind. Fans who are here to see the kills will leave more than satisfied, as it is a wonder that they got some of this past the MPAA. Michael is played to excellence by James Jude Courtney, who not only borrows the best parts from those who came before him like Nick Castle (who also appears behind the mask once again), but adds so much physical presence that it makes you uncomfortable. You almost swear that you see the mask change expressions when the light hits it just right, but that is all to do with the body language on display from Courtney.

While the symphony of death plays out, the town of Haddonfield loses its mind. Not unlike the times we are living in, it is like someone lighting a match and watching it burn down to nothing. The powder keg has to blow at some point, and when it does Haddonfield loses its soul in the process. Not that the Strodes have much to do with that. For all of the talk that this film would be about three generations of Strode women standing strong and fighting, they do very little of it. Laurie is sidelined, and Allyson (Andi Matichak) is grieving but angry, and not asked to do much until the final twenty minutes of the film. Of all the Strode women, and really the MVP of Halloween Kills, Karen (Judy Greer) shines the brightest, the only one trying to reason with her mother and daughter… and eventually, the town itself. Really, she is the only character with a full arc, and she has a couple of moments that will have audiences fist-pumping in their seats.

Green and fellow screenwriters Danny McBride and Scott Teams try very hard to hammer home the paranoia and fear that a situation like this would cause but fall a little short turning it into a cohesive story. It just doesn’t flow properly and feels like a series of vignettes sewn together until the final third of the film. It looks gorgeous, Michael Simmonds and Richard A. Wright did a fantastic job creating Haddonfield and making it feel like a character itself. Kudos as well to the effects team, who took the series brutality to a whole new level. The biggest star of the production is the score by John Carpenter, Cody Carpenter, and Daniel Davies. At certain points, it rivals that of the original film, not something said lightly. The way they reconstruct some of the pieces from 1978 and update them is a marvel.

The final act of the film is the best part, as the dueling beasts of Michael Myers and Haddonfield meet with what feels like the soul of the entire town on the line. It is violent, at times hard to watch, and beautifully crafted. Until the very end. The last shots of the film are going to be very divisive, mostly because it feels unnecessary and unearned. In the back of your mind, you know Halloween Kills can’t wrap everything up since there is one film left to go, but get out at the natural ending place. It is very clear where that was, and the final bit added on leaves a very bad taste in your mouth.

All that being said, as divisive as this film is going to be this weekend, it is a good entry into the series overall. For sure in the top half quality-wise, if not by default. For all the big swings Halloween Kills takes, it just barely connects more than it misses. Over time, it will grow on people, and as we enter the final phase of this part of the series, it will be interesting to see how they try to go forward. 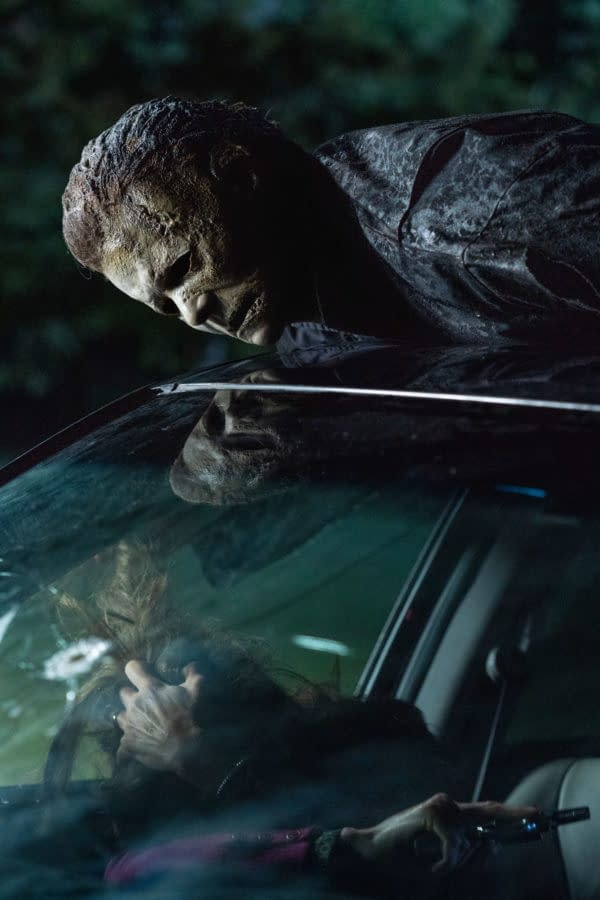 Halloween Kills is the most brutal of the franchise and while clumsy in parts, succeeds more than it fails.

This Is Going To Drum Up Some Complicated Feelings

| Encanto isn’t anything particularly special when it comes to the music. However, the plot ...
By Rambo
November 25, 2021

| While Beauty and the Beast is one of Disney’s most well-known films, dedicated fans may ...
By Rambo
November 24, 2021

| There have been a couple of movies stuck in release hell since Disney decided ...
By Rambo
November 22, 2021

| We’re a little over a month away from the release of The Matrix Resurrections, ...
By Rambo
November 18, 2021