Utahiroba had alleged affair which led to an abortion 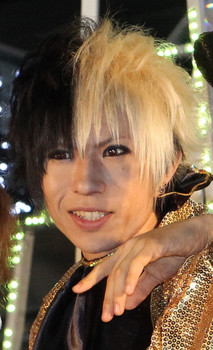 The Golden Bomber band’s 36-year-old bassist Jun Utahiroba announced on Wednesday that he is putting his career on hiatus.

Bungeishunju‘s Weekly Bunshun Digital magazine reported on Wednesday that Utahiroba had an alleged affair with a woman in her twenties last January, which led to a pregnancy discovery in February and subsequent abortion.

The band’s Euclid Agency label revealed on Wednesday that “media questions” regarding Utahiroba were generally true, and that the situation was caused by his lack of awareness and responsibility. Euclid Agency will continue to provide guidance, advice, and supervision to Utahiroba. Utahiroba stated that he is ashamed of himself and sorry for his immaturity, and that he will deeply reflect on himself.

Utahiroba is a husband and father.

Utahiroba tested positive for the new coronavirus disease (COVID-19) in August. He had reported a fever of 37.5 °C (99.5 °F), which led to his cancellation of scheduled work and a PCR test for the virus. The other three members of Golden Bomber – Shō Kiryūin, Yutaka Kyan, and Kenji Darvish – as well their manager also took PCR tests for the virus at their own expense and received negative test results.