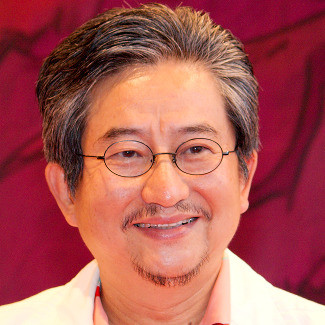 This year’s 22nd issue of Shogakukan‘s Big Comic magazine revealed on Wednesday that Go Nagai (Devilman) will draw a manga about a business trip to San Diego that he and manga pioneer Osamu Tezuka (Astro Boy) took in 1980. The magazine will publish the manga titled Go to Travel: Tezuka-sensei to no America Tabi on November 25 with 18 pages.

Nagai debuted as a manga artist in 1967 with Meakashi Polikichi and went on to create many classic and genre-defining works, including Cutie Honey, Devilman, Mazinger Z, and Harenchi Gakuen. In recent years, he has continued to pen new spinoffs, such as his ongoing Devilman Saga manga. He has also serialized the autobiographical Gekiman! manga about the creation of his various notable titles.

Tezuka was a prolific manga artist who drew numerous influential works, including Astro Boy, Jungle Emperor Leo, Black Jack, Princess Knight, Dororo, and Phoenix among many others. These works would go on to inspire following generations in manga storytelling and art, which would earn him the moniker “The God of Manga.” Equally significant is his founding of the Mushi Production studio, where he would helm the production of anime adaptations of much of his manga, and other original productions. Perhaps most significant of these was Astro Boy, based on Tezuka’s manga, which became Japan’s first half-hour animated series. The show pioneered animation techniques and production methods that gave rise to the earliest aesthetics and styles of television anime.

Batwoman Telling Batgirl Something She Already Knows In Fear State