The December issue of Square Enix‘s Monthly Shonen Gangan magazine revealed on Friday that Hiromu Arakawa‘s new manga is titled Yomi no Tsugai (The Hinge of the Underworld), and it will launch in the magazine’s next issue on December 10. The magazine had teased in July that Arakawa was launching a new manga soon. 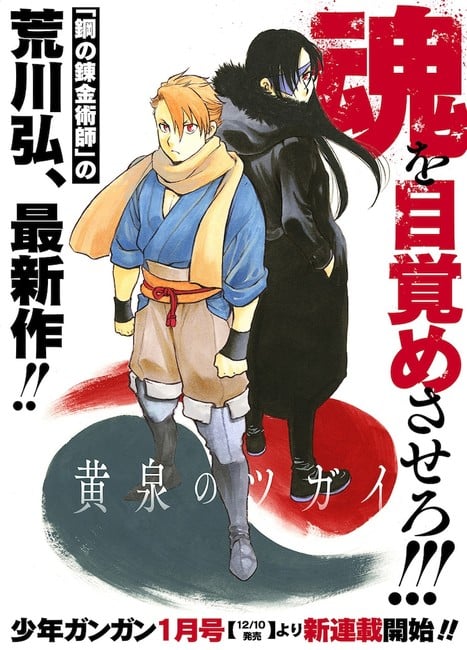 The manga centers on Yuru, a boy who lives in a remote mountain village, spending his time hunting birds and being one with nature. But one day, Yuru’s younger twin sister Asa is called to serve in the jail at the heart of the village, her duty also confining her there. Yuru slowly unravels the unnatural mystery hidden beneath his quiet village. 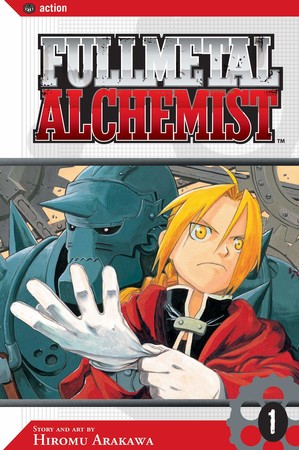 Arakawa is best known for her Fullmetal Alchemist and Silver Spoon manga. Arakawa’s Fullmetal Alchemist manga ran in Monthly Shonen Gangan from 2001 to 2010. Viz Media released the series, as well as related novels and art books, in North America. The manga inspired television anime adaptations in 2003 and 2009, two OVAs, two anime films, and a live-action film.

Silver Spoon debuted in 2011, and ended in November 2019. The first Silver Spoon anime season based on the manga aired on Fuji TV‘s Noitamina late-night programming block in July 2013, and the second season premiered in January 2014. Aniplex USA released both seasons on home video, and Crunchyroll streamed both seasons of the anime. A live-action film adaptation opened in Japan in March 2014.

Arakawa launched the The Heroic Legend of Arslan (Arslan Senki) manga in Kodansha‘s Bessatsu Shōnen Magazine in July 2013. The series adapts Yoshiki Tanaka‘s (Legend of the Galactic Heroes, Sohryuden – Legend of the Dragon Kings, Tytania) novel series of the same name, which ended with the 16th volume in December 2017. The first season of the television anime adaptation of Arakawa’s manga premiered in April 2015 and ran for 25 episodes. The second season, titled Arslan Senki: Fūjin Ranbu (The Heroic Legend of Arslan: Dust Storm Dance), premiered in July 2016.