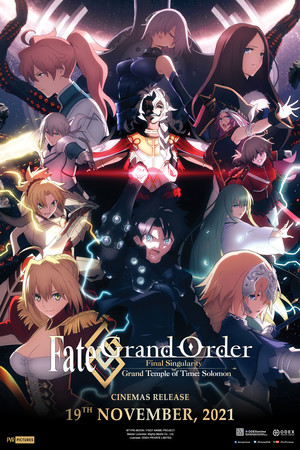 PVR Pictures announced on Twitter on November 7 that the Fate/Grand Order Final Singularity – Grand Temple of Time: Solomon (Fate/Grand Order -Shūkyoku Tokuiten Kani Jikan Shinden Solomon-) anime film will release in Indian theaters on November 19. The film will be available with Japanese audio and subtitles or with an English dub.

The anime stars the following cast members who are returning from previous Fate anime projects:

The film opened in Japan on July 30.