Aniplex revealed a new cast member on Sunday for its original television anime Fanfare of Adolescence (Gunjō no Fanfare). Yōjirō Itokawa will play the character Shūki Kyōriki (character name romanization is not official). Shūki is a 15-year-old boy from Gifu. He is a bit of a loner, and he has a strong competitive spirit. His father is a local horse jockey, and Shūki aims to be one of Japan’s top jockeys someday, so he enters the academy. 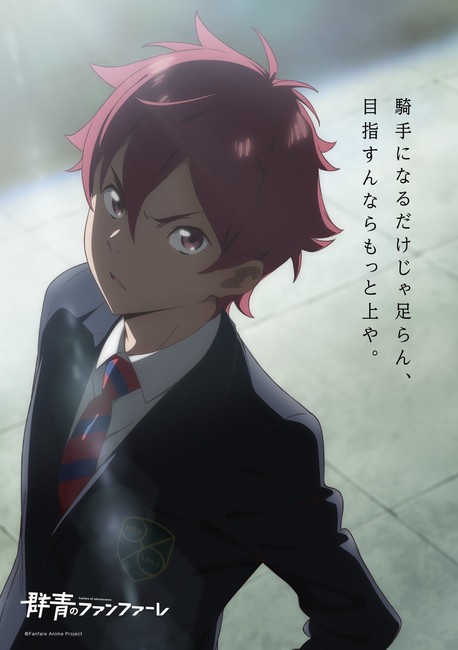 The anime will premiere in spring 2022.

The anime stars: (from left to right in above image, character name romanizations are not official)

The story takes place at a horse racing academy that trains boys to become jockeys. The three-year academy is very competitive, and those who wish to enter must not only pass an academic test but a physical and fitness test as well. Yū Arimura is a former popular idol who becomes enamored with horse racing after seeing it for the first time, and wants to join the academy. Shun Kanami was raised on an island, and only experienced horse races through radio broadcasts growing up. Amane comes from a high-class family in England, and his father is a former jockey. Amane has previously attended horse racing academies in various countries. The show follows these three 15-year-old boys at the academy.

Ka-Zar: Lord Of The Savage Land #3 Preview: A Climate Ooopsie