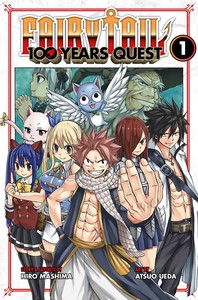 Kodansha Comics publishes the manga in English and it describes the story:

Natsu, Lucy, Happy, Erza, and the whole Fairy Tail guild are back in action! And they’ve decided to tackle the “100 Years Quest” – a job no one’s dared take on since the founding of the guild more than a century ago. A mysterious town, a baffling spirit, a ghastly new enemy…and a brand new continent to explore. When you’re with real friends, the adventures never stop!

Did Simu Liu’s Past Remarks Jeopardize a China Release?