Happy Elements announced on Sunday that its Ensemble Stars! franchise is getting an all new anime titled Ensemble Stars!! Road to Show!!. The anime will screen in theaters in Japan starting on March 4, 2022. The film will take place in New York and will feature the characters visiting New York to attend an Idol Film Festival. 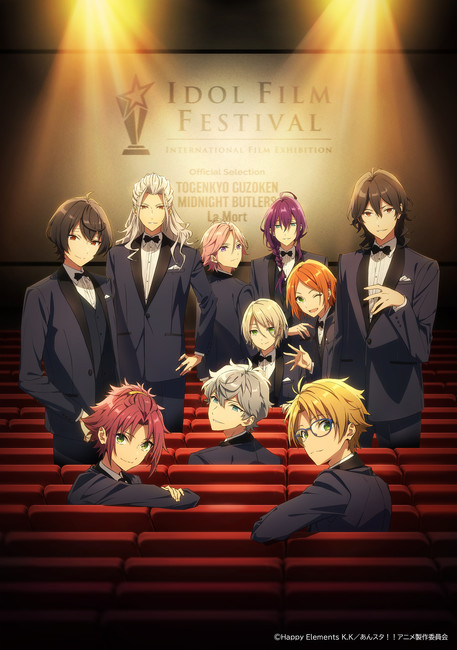 Masakazu Hishida is returning to direct the film at david production, and Asami Nakatani is the chief director. Seitarō Kino from Happy Elements is writing the screenplay, and Happy Elements is again credited with the original character design. Haruko Iizuka is the animation character designer and the chief animation director. Tatsuya Katō is again composing the music.

The “idol-training produce game” takes place at a private boys’ idol-training school with a history of turning out many great talents in show business. The protagonist is the school’s lone female student who transfers to the school because of a special situation, and enters the school’s producer department. The game features 14 different idol units and has a cast of more than 50 male voice actors.

The television anime adaptation of the game premiered in July 2019. The cast from the game returned for the anime. The franchise also includes a manga, novels, stage musical adaptations, and CDs.