Last month, Dragon Ball Z: Kakarot was released for Nintendo Switch. This semi-open world game puts you in the shoes of Goku, Gohan, and the rest of the Z Warriors for a retelling of the four main Dragon Ball Z sagas: the Saiyan Saga, the Frieza Saga, the Cell Saga, and the Buu Saga. Is this game worth buying for Dragon Ball fans? Let’s get into it.

Dragon Ball Z: Kakarot is a semi-open world game that grows as you complete story elements. It begins as a slice-of-life story of Goku and Gohan that dips into and out of the familiar territory of the iconic Dragon Ball Z storyline. The game has three distinct modes:

You can see my full take on all four of the series’ main adaptations at the following links.

Notably, not only does Kakarot adapt the story but it also adds to it. In Kakarot, Gohan bonds more with Android 16, finding common ground before the Cell Games decisive death and turning point. Then, during the Buu Saga, Vegeta takes direct responsibility for Buu’s arrival that gives his fall as Majin Vegeta, redemption, and resurrection an emotionally resonant throughline.

The side stories of Dragon Ball Z: Kakarot range from brilliant to fun to supremely annoying. Earlier in the game, I found the collection tasks (get gazelle meat, get this stone!) to be nearly intolerable. However, the longer I spent with the game, the easier I was able to complete these more exploration-driven stories. The side stories excel in that they flesh out characters that don’t otherwise get time to shine. For example, Akira Toriyama infamously forgot fan-favorite Dragon Ball character Launch by the time Dragon Ball Z came around. Not only does Launch have multiple side stories, there is also a direct, tongue-in-cheek reference to being forgotten. Puar is also a major feature in these stories, in particular during and after the Saiyan Saga. One of my favorites was a funny and emotional story that shows Puar filling in for Yamcha with the girls he’s dating while he’s dead so that, when he is wished back, he will still be seen as a P.I.M.P.

Perhaps the most emotionally impactful story, though, is a post-game offering that sees Goku and Vegeta training Goten and Trunks, culminating in the four of them going for an outing where they all bond. I’ve loved Dragon Ball for decades now, and Kakarot gets the storytelling and vibe of the characters perfectly in their new content. They’re also not afrad to get silly and take liberties with the characters, including a side story where Dabura is wished back and turns good after spending time in Heaven as a punishment.

This aspect of the game, I feel, is perfect. Now, I’m a bigger Dragon Ball fan than I am a gamer. It is the title and franchise that draws me to games, with Pokémon games being my main love along with Halo, Crash Bandicoot, and even Buffy the Vampire Slayer games. With that in mind, I found Kakarot relatively easy to adjust to on a surface level at first. The controls are intuitive and easy to learn on Switch, even though the game itself leaves a lot to be figured out. There’s a lot that goes into bettering your characters in the game, including Soul Emblems to assemble on Community Boards to get bonuses, food to give characters to boost stats, Skill Trees to unlock new attacks through training, and Attack Palettes to assemble in order to suit characters with the best attacks. I found that it was better to explore and learn as I went along than to worry about the huge wall-of-text pop-ups that would explain aspects of the game.

Now, the fighting… this is what many Dragon Ball Z fans want to know about. I’ve played Dragon Ball fighting games before, but I found Kakarot to be absolutely unreal. If you watch DBZ fights wondering how the mind-bending speed of the characters and world-ending scope of their attacks could be adapted into a playable game, trust me. We’re in the same boat. However, Kakarot pulls it off, with a memorable style of battle that makes you feel totally in control as you blur in and out of sight, shooting off attacks that shake the entire world. All of the characters have their uses as well, with Krillin’s Solar Flare being a major aspect of my gameplay. If I get to choose my party, that little bald bad boy is in.

I couldn’t get enough of Dragon Ball Z: Kakarot. Playing it felt like stealing away into the world of beloved characters, and the storytelling, worldbuilding, and gameplay all contributed to a memorable, exciting experience. Thankfully, there’s still a lot to do in the world of Kakarot post-game, so this is indeed a game that will reward those based on what they put into it. I give it my highest recommendation. 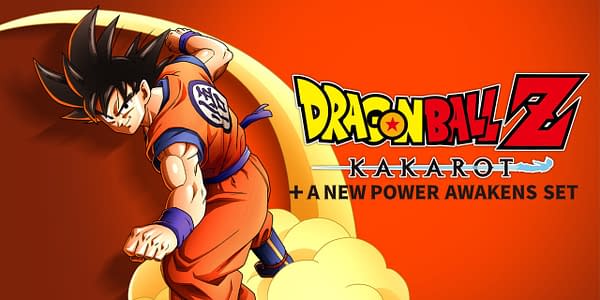 | Ravenage Games decided to reveal to fans of The Crackpet Show what plans they ...
By Rambo
November 26, 2021

| The Mischief Unbound event begins today in Pokémon GO. This Hoopa-themed event will run from ...
By Rambo
November 26, 2021

| Ravenscourt revealed that they have released a brand new mode for Dice Legacy, totally ...
By Rambo
November 26, 2021