This year’s combined fifth and sixth issue of Shueisha‘s Weekly Shonen Jump magazine revealed on Tuesday that the “Mugen Train” arc of Koyoharu Gotouge‘s Demon Slayer: Kimetsu no Yaiba manga will get a stage play adaptation that will run in Tokyo and Kyoto in September and October 2022.

The play will star Ryōta Kobayashi as Tanjirō Kamado and Hiroshi Yazaki as Kyōjurō Rengoku. Both actors are reprising their roles. Kenichi Suemitsu is returning to write and direct the play, and Shunsuke Wada is again composing the music. 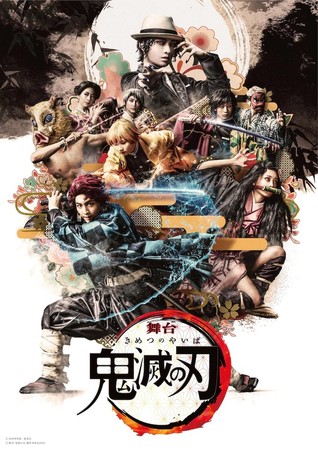 The Demon Slayer – Kimetsu no Yaiba – The Movie: Mugen Train anime film began screening in Japan in October 2020, and it topped the box office in Japan for 12 consecutive weeks. The film became the first film ever to pass the 40 billion yen milestone. The film was the highest-earning film worldwide from 2020. It is the first non-Hollywood or non-American film to top the yearly box office worldwide since the beginning of cinema over a century ago. Crunchyroll and Funimation are streaming the film.