Volume will ship on January 24 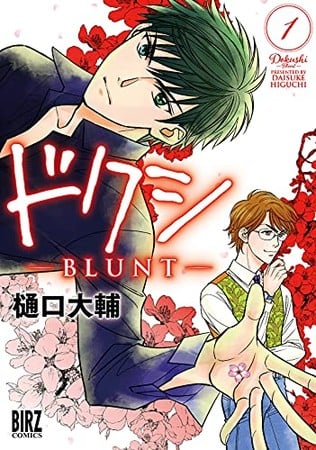 Amazon is listing that Daisuke Higuchi‘s Dokushi -Blunt- manga, the sequel to Higuchi’s Dokushi manga, will end in the second volume, which will ship on January 24.

Higuchi launched the original Dokushi manga in Gentosha‘s Comic Birz magazine in 2009. The 10th and final compiled book volume shipped in July 2013. The supernatural mystery manga follows Shirо̄ Kasumi, a high-school student who can see the past and uses that ability to find out who murdered his mother. The sequel again follows Shirо̄, who now attends a university.

Higuchi launched the Whistle! W manga on the Ura Sunday and Manga ONE websites in September 2016. The manga is a “new story” in Higuchi’s Whistle! soccer manga series. The manga went on hiatus from April 2019 until February due to the author’s health issues. Shogakukan published the manga’s fifth and final compiled book volume on May 19.

Higuchi serialized the original Whistle! manga in Shueisha‘s Weekly Shonen Jump magazine from 1998 to 2002. Shueisha released 24 compiled book volumes for the series. Viz Media released all 24 volumes in English from 2004 to 2010, and released the manga digitally from 2013 to 2014. The manga received a 39-episode television anime adaptation in 2002-2003, and a stage play adaptation in 2016.