U.S.-based digital publisher Comikey announced at Anime NYC on Friday that it will release 13 new manga from publisher Square Enix in November and December: 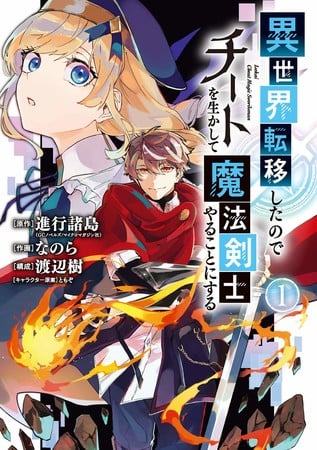 Title: I Think I’ll Cheat to Become a Spellsword in Another World (Isekai Tensei Shita node Cheat wo Ikashite Mahō Kenshi Yarokoto ni Suru)
Author(s): Shinkoshoto, Tomozo, Nanora, Itsuki Watanabe
Summary: Suzumiya Kaede has little to look forward to in life aside from
online gaming, and even that’s slipping away from him. After a three-day-long
MMO bender, he passes out and finds himself waking up in an entirely foreign
fantasy world full of monsters and magic. Starting out with access to
unthinkably powerful skills, he resolves to make the most of the situation and
pioneer a hitherto unheard of niche: a spellsword.
Release: November/December 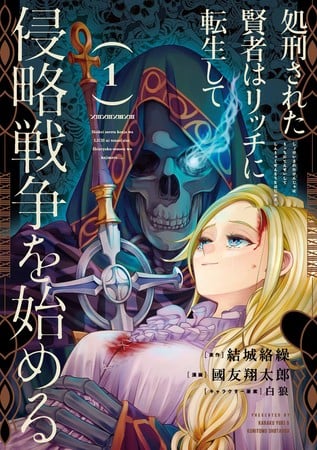 Title: The Executed Sage Who Was Reincarnated as a Lich and Started an All-Out
War (Shōkei Sareta Kenja wa Lich ni Tenseishite Shinryaku Sensō wo Hajimeru)
Author(s): Karaku Yuki, Pairan, Shotarou Kunitomo
Summary: The Sage Dwight along with the Hero defeated the Demon Lord
who plunged the world into darkness. However, they were falsely accused of
becoming the next Demon Lords because of their power, and were thrown to
the Death Valley to die… Although his flesh had rotten away, he lived on as a skeleton because of his
grudge against the world. Dwight has vowed to turn against that broken world,
and with a power that surpasses even the former Demon King, and by leading
countless Skeletons he’s going to start an all out war…!
Release: Comikey: November/December 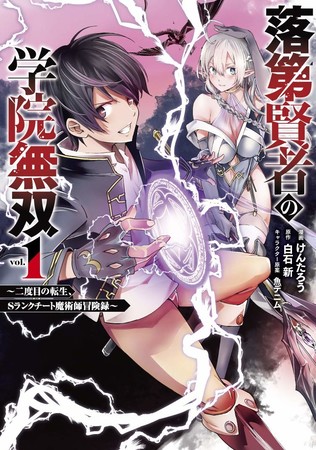 Title: From Overshadowed to Overpowered: Second Reincarnation of a Talentless
Sage (Rakudai Kenja no Gakuin Musō: Nidome no Tensei, S-Rank Cheat Majutsushi Bōkenroku)
Author(s): Arata Shiraishi, Kentarou
Summary: Ephtal is reincarnated as a human, coming from modern Earth. In
this new world where magic is real, he decides to devote the entirety of his life
in the pursuit of magic. Despite his efforts, though, he discovers that he is
absolutely talentless in magic, and breathed his last in anguish….But it isn’t the end for him just yet! He reincarnates once again bearing the
same name, Ephtal, 400 years later. Having retained his knowledge and
power, he steals his resolve and once again sets his sights for the peak of
magic!
Release: November/December 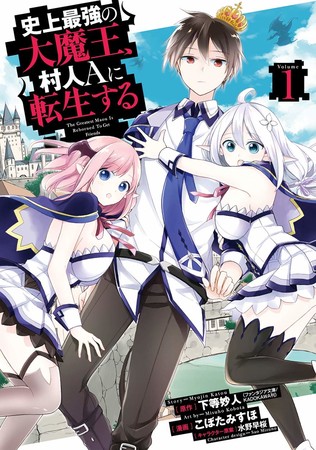 Title: The Greatest Demon Lord is Reborn as a Typical Nobody (Shijō Saikyō no Daimaō, Murabito A ni Tensei Suru)
Author(s): Myōjin Katō, Sao Mizuno, Misuho Kobota
Summary: What would happen if the mightiest being of all time reincarnates
himself as Villager A? As the Demon Lord, Varvatos leads a life where
nobody dares intrude in his personal space. Desperate to find friends, he
takes matters into his own hands and reincarnates 3000 years later as Ard
Meteor, your regular nobody born in the boonies. But little did he know, magic has vastly degenerated after his passing, and
what was considered average magic power during his lifetime is now
considered never-before-seen talent! In a new life as a new abnormal, will he finally find true friendship?
Release: November/December 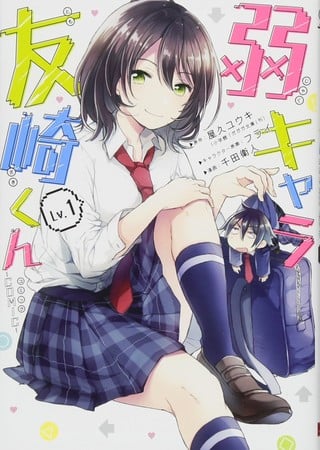 Title: Bottom-tier Character Tomozaki (Jaku-chara Tomozaki-kun)
Author: Yūki Yaku, fly, Eight Chida
Summary: Despite being number one in the game “Tackfam”,
Fumiya Tomozaki struggles in high school due to a lack of social skills.
Fumiya was surprised to learn the identity of the number two “Tackfam”
player after a fateful encounter—a popular, clever, and outgoing female
classmate of his, Aoi Hinami. Aoi was taken aback to learn that the inept
Fumiya was behind the username “nanashi,” and she became determined to
assist him in winning the “greatest game of all.” With Aoi’s help, Fumiya
begins to progress in the wonderful “game of life” by overcoming the harsh
challenges of social interaction and human relationships.
Release: November/December 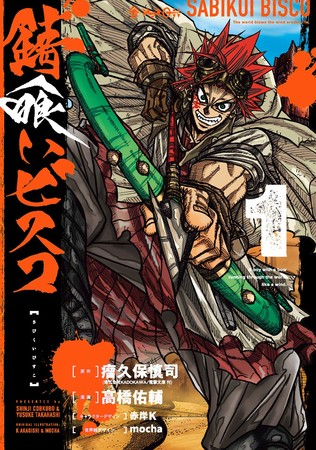 Title: Rust-Eater Bisco (Sabikui Bisco)
Author(s): Shinji Cobkubo, Yusuke Takahashi
Summary: A plague-like wind blows across the arid, sandy expanse of a
post-apocalyptic Japan. As it sweeps over the living and nonliving alike, rust
is all that remains in its wake. The cause of the catastrophic state of the world
is believed to be mushroom spores. Bisco Akaboshi, known as the “Man-
Eating Mushroom,” is a wanted criminal archer whose arrows instantly grow
mushrooms wherever they land. However, he is in reality a “Mushroom
Protector,” a person who spreads fungi in order to enrich the land and return it
to its previous state.
Release: November/December 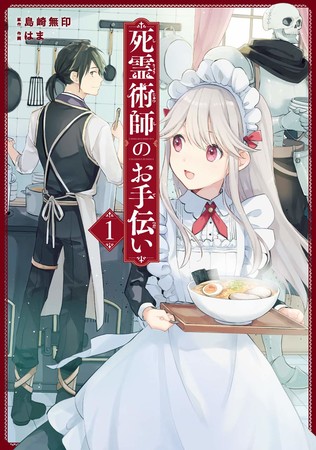 Title: The Necromancer Maid (Shiryō Jutsushi no Otetsudai)
Author(s): Mujirushi Shimazaki, Hama
Summary: The Alchemist Kurakazu Rintarou, saved a young girl who fainted
in the Forest of Corpses. The name of that girl is Chloe La Forêt. Her
specialty is housework. The story unfolds on the two’s “Slow Life” under the same roof in this Isekai Maid Fantasy!!
Release: November/December 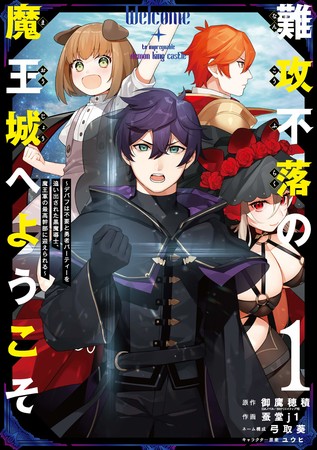 Title: The Impregnable Demon King’s Castle and the Expelled Black Mage of the
Hero’s Party (Nankō Furaku no Maōjō e Yōkoso: Debafu wa Fuyō to Yūsha Party wo Oidasareta Kuro Madōshi, Maōgun no Saikō Kanbu ni Mukaerareru)
Authors: Hozumi Mitaka, Yuuhi, j1 Kaido, Aoi Yumitori, Roku Hiraishi
Summary: In the present era, adventurers, demons, heroes, and demon lord,
are no longer occupations that put one’s lives at stake. With the world at
peace, it is an era where conquering dungeons has been transformed into
entertainment. Adventurers and monsters are able to fight with a substitute
body made of magic, popularizing dungeon conquests with no deaths. Having
lost his job, the “Black Mage” Remme struggled with finding another party
until one day a beautiful woman appeared before him telling she had a job for
him.
Release: November/December 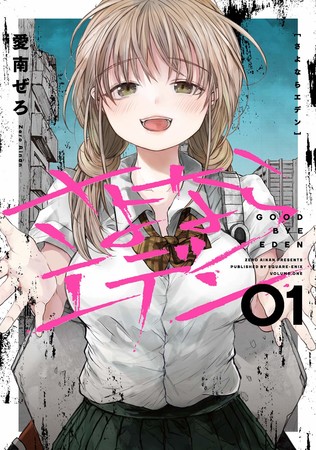 Title: Goodbye, Eden (Sayonara Eden)
Author(s): Zero Ainan
Summary: In the middle of a long war, scientists invented a drug that
transforms the fear of death into pleasure, making it possible for school girls
to fight alongside men. In this world of death, drugs, and rampant sex, one girl
still dreams of true love. Will she find her romantic, happy ending?
Release: November/December 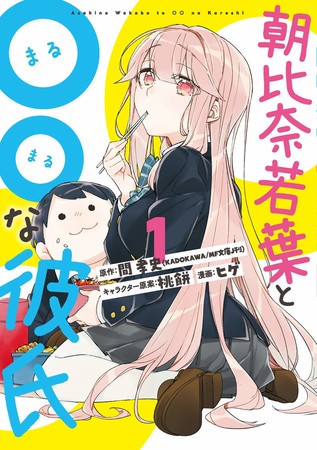 Title: Asahina Wakaba & Her Chubby-Chubby Boyfriend (Asahina Wakaba to ○○ na Kareshi)
Author(s): Takashi Hazama, Hige
Summary: Asahina Wakaba, a girl who is a bit clumsy and not good at
socializing, gets bullied into asking out the school’s biggest, most despised,
otaku, Haruto Iruma. However, this experience changes her pitch-black high
school years into the ultimate young-love experience.
Release: November/December 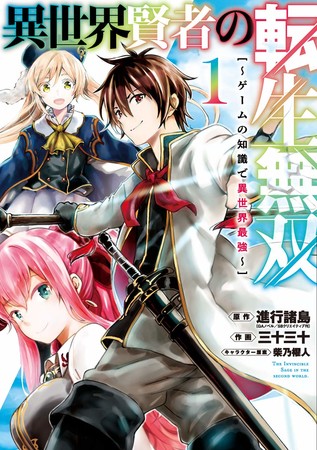 Title: The Unrivaled Reincarnated Sage of Another World ~The Strongest in Another World Through Game Knowledges~ (Isekai Kenja no Tensei Musō: Game no Chishiki de Isekai Saikyō)
Author(s): Shinkoshoto, Kaito Shibano, Miso Sato
Summary: Due to an unfortunate death, a young man reincarnates under the
name Eld in a world very similar to the VRMMO that he played before his
passing. However, this world he found himself in didn’t even know what basic
skills were! As the only person with knowledge beyond the populace, Eld sets
off on a journey as a level 1 novice to job change into the strongest class in
the world, Sage!
Release: November/December 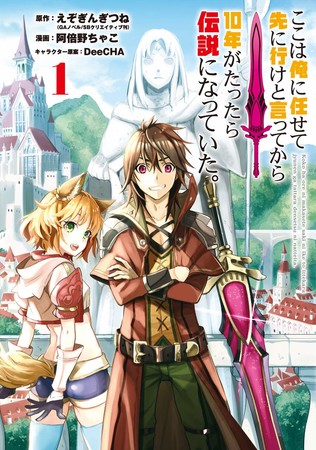 Title: I Became a Legend after My 10 Year-Long Last Stand (Koko wa Ore ni Makasete Saki ni Ike to Ittekara 10-nen ga Tattara Densetsu ni Natteita.)
Author(s): Ezogingitune, DeeCHA, Chaco Abeno, Kitsune Tennoji
Summary: With no other options, Luck makes the choice to hold the line
against the unending demonic hordes alone, to make sure his comrades can
escape with their lives. However, through a combination of fortune, skill, and
ingenuity, he holds that line for ten straight years, eventually coming out on
top single handedly. Now he has to tackle the dilemma of how to occupy
himself in a world where he holds a myriad of roles: that of a legend, that of a
veteran, and that of a brand new face.
Release: November/December 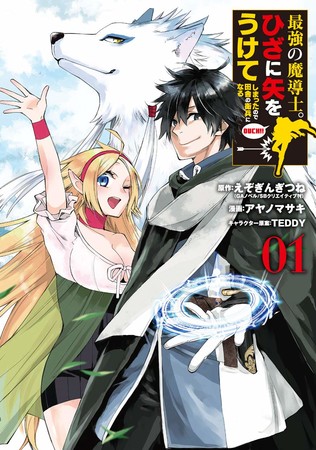 The Strongest Wizard Becomes a Countryside Guard After Taking an Arrow to
the Knee (Saikyō no Madōshi. Hiza ni Ya wo Uketeshimatta node Inaka no Enhei ni Naru)
Author(s): Ezogingitune, TEDDY, Masaki Ayano
Summary: Alfred Rindt is the strongest wizard. After taking a cursed arrow to
the knee, he just wants some peace and quiet to heal. But, being a famous
hero has its downsides. Everyone in the royal capital is demanding his
assistance! Alfred decides he needs to get away from the hustle and bustle of
the big city, so he takes a job as a village guard in the countryside. Will Alfred
finally get the rest he so desires, or will the countryside prove to be just as
lively as the city he left behind?
Release: November/December

Comikey also announced it is partnering with Soran Books to publish the following Korean Webtoon:

Title: Americano Exodus
Author: PARK Ji-Eun
Summary: In a world where only females are born with the ability to wield
magic, a boy, Americano (Amel), is the only exception. In this world, he must
conceal his gender to protect his legitimacy. From the prestigious Beans
family, he must prove himself to be the most capable practitioner of the magic
arts in the process of capturing illicit escapees of his home land.
Release: November

Hulk Get New Number One Issue With New Creative Team