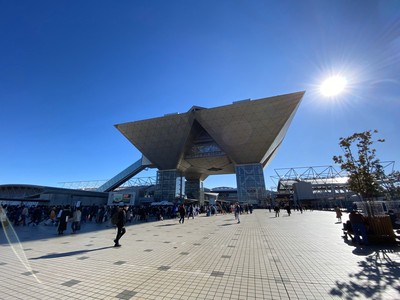 The Comic Market Committee announced on Friday that it will require attendees of the Comic Market (Comiket) 99 event to show proof of vaccination or a negative PCR test.

The Japanese government recently lifted attendance limits for large-scale events, such as concerts or sports events, from 10,000 attendees to 50% capacity across the country earlier this month.

The Comic Market Comittee announced in August that Comiket 99 will be an in-person event. The event will be held on December 30-31 at Tokyo Big Sight in its East, West, and South Halls. In that announcement, the committee stated that the event will likely restrict participation to several tens of thousands of people per day. The staff said it will probably implement a lottery system for passes to purchase in advance.

The event was originally planned for last winter, but was then delayed to the Golden Week holidays in 2021 (which took place in April and May) due to the new coronavirus disease (COVID-19) situation, and scheduling issues considering Tokyo Big Sight’s East Exhibition hall will remain unavailable until fall 2021 due to the Olympics. However, the Comic Market Committee postponed the event again in March due to COVID-19.

The Comiket 98 event that was planned to take place from May 2-5, 2020 was canceled to help prevent the spread of COVID-19. The event was planned for May 2020 instead of the normal August timeframe due to the Tokyo 2020 Olympics’ original schedule in July-August 2020.

The last in-person Comic Market event was Comic Market 97 in December 2019, which attracted a record 750,000 attendees across four days.