The 1,000th episode of the One Piece anime announced on Sunday that Goro Taniguchi (Code Geass) will direct One Piece Film Red, a new One Piece anime film. The tagline on the image below reads “Singing Voice, Red Hair.” 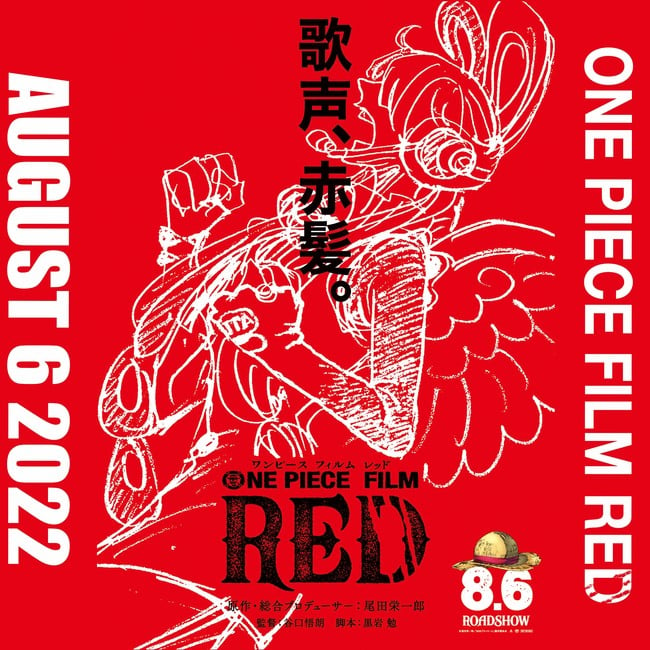 Tsutomu Kuroiwa (One Piece Film Gold, One Piece: Heart of Gold, GANTZ:O, live-action Black Butler) is writing the screenplay, and One Piece manga creator Eiichiro Oda himself is serving as executive producer. The film will open in Japan on August 6, 2022.

To celebrate the anime’s 1,000th episode, the official YouTube channel for the franchise posted a 17-minute video that features one second from all 1,000 episodes. (The two videos below are the same but have different region availability.)

The 1,000th episode also featured a new animated opening sequence featuring the show’s first theme song “We Are” and remaking the opening footage from that original opening.

One Piece Stampede, the 14th and most recent film in the franchise, opened in Japan in August 2019, and earned more than 10 billion yen (about US$93 million) at the box office worldwide. Funimation premiered the film in cinemas in the the United States and Canada in October 2019. The film celebrated the anime’s 20th anniversary.