The official website for the CheriMaho the Movie ~30-sai Dōtei da to Mahō Tsukai ni Nareru Rashii~ (Cherry Magic! the Movie: Thirty Years of Virginity Can Make You a Wizard?!) live-action film began streaming a teaser video on Tuesday.

The film is a sequel to the live-action television series of Yū Toyota‘s Cherry Magic! Thirty Years of Virginity Can Make You a Wizard?! (30-sai Dōtei da to Mahō Tsukai ni Nareru Rashii) manga, and it will open on April 8. 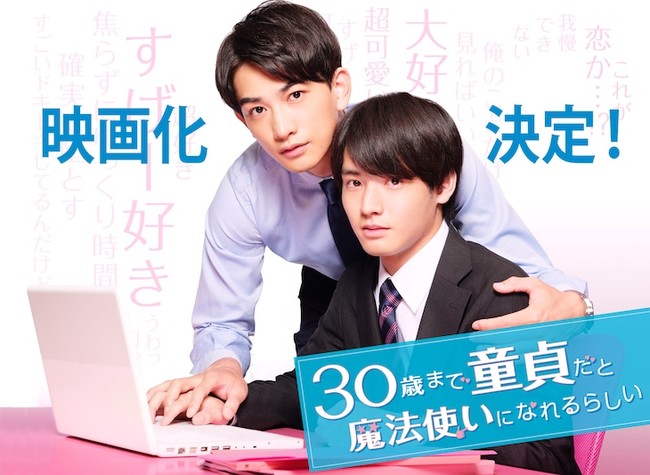 The film’s story is set after the final television episode’s story.

Hiroki Kazama (live-action Cheer Boys!!) is also returning to direct the film, and Riko Sakaguchi (The Tale of the Princess Kaguya, Mary and The Witch’s Flower, Koi wa Ameagari no You ni) is writing the screenplay.

Square Enix Manga & Books is releasing the manga in English, and it describes the story:

Adachi, a thirty-year-old virgin, has developed the power to read people’s minds by touching them. After a brush with his very handsome colleague, Adachi realizes he has a raging crush on none other than Adachi himself!

The manga began serialization on pixiv‘s Gangan pixiv service in 2018.