This is just Mindless Speculation. Bleeding Cool reported that Spider-Man would be getting a big new relaunch in May, alongside Marvel’s Free Comic Book Day Spider-Man/Venom volume. Then we learned that the current Spider-Man Beyond arc would be coming to an end in March. With a big high profile team to relaunch with. But… did we already know who?

Back in October, Bleeding Cool ran the story that Jonathan Hickman was working on a new book with Chris Bachalo. We also pointed out that Hickman had worked with Bachalo once before, on The Amazing Spider-Man: Full Circle anthology a couple of years ago, but that Hickman had used plenty of Bachalo’s X-Men work in his role as X-Men Showrunner – especially the Children Of The Vault issues of X-Men and a touch of Generation X as well.

And just this week, Chris Bachalo tweeted out an old Spider-Man cover of his. 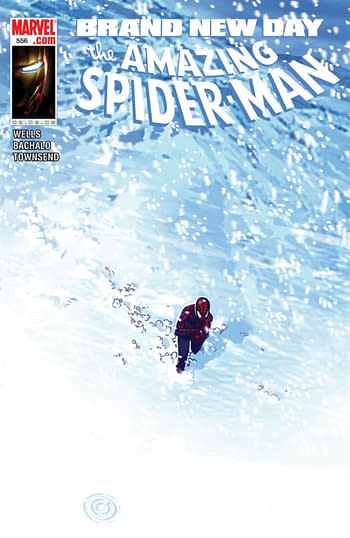 Bachalo recently concluded his run on Non-Stop Spider-Man, which suffered significant delays due to lockdown and Bachalo getting a serious case of coronavirus which he has recovered from. He did not sign on to its sequel series, Savage Spider-Man. Jonathan Hickman recently announced he was stepping down from the X-Men books, as Marvel’s contract demands he create or recreate properties for the publisher, and the creative team wanted to continue the X-Men titles in their current state rather than reinvent them again.

Jonathan Hickman and Mike Huddlestone recently talked about the appeal of Chris Bachalo’s work, with Jonathan noting that Bachalo will take a boring script and make it exciting in many unanticipated ways. Bachalo is a Canadian comic creator, initially best known for Shade, the Changing Man, and Death: The High Cost Of Living at DC Comics before co-creating Generation X at Marvel, starting a number of runs across the Marvel Universe, as well his own creator-owned series with Joe Kelly, Steampunk. And now… possibly Spider-Man with Jonathan Hickman? We shall scour upcoming solicitations with interest.