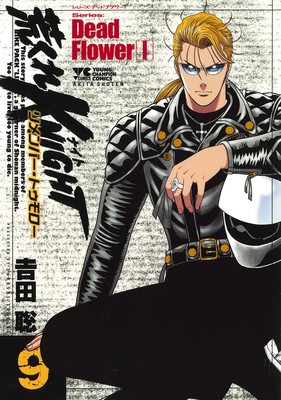 Yoshida’s Arakure Knight manga franchise centers around delinquent Haruma Yūki, who seeks to join the motorcycle gang Linda. The manga shows Haruma’s efforts to join the gang, while also following the activities of Linda and its leader Zenba as they clash with rival motorcycle gangs.