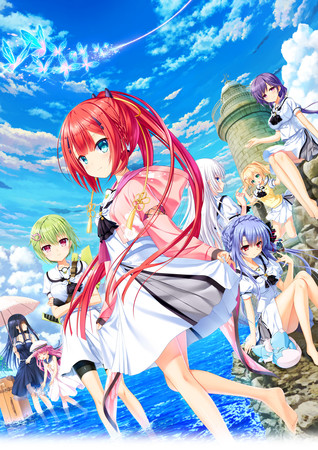 The “Key Channel 2-Hour Special: Lunaria Feature #2 & Staff Year-End Live Stream” confirmed on Wednesday that an anime adaptation of Visual Art’s/Key’s Summer Pockets Windows PC game is in the works. The staff emphasized that the anime project is “in the works,” as opposed to “green-lit.”

Visual Art’s representative director Takahiro Baba had teased an anime for the project in Dengeki G’s Magazine in December 2017, and he again teased an anime as one of the collaborative projects his company is planning with partners this past January.

The game takes place in a rural district of a certain isolated island. The story focuses on “one nostalgic summer.”

Orchis, Krakoa But No Rogue Teased In Marvel Comics’ Timeless #1